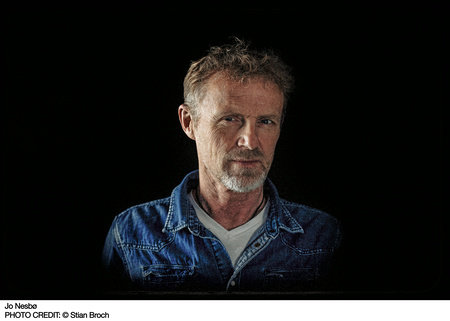 JO NESBØ is a musician, songwriter, economist, and #1 New York Times best-selling author. He has won the Raymond Chandler Award for Lifetime Achievement as well as many other awards. His books have sold 45 million copies worldwide and have been translated into fifty languages. His Harry Hole novels include The Redeemer, The Snowman, The Leopard, Phantom, and most recently Knife, and he is also the author of The Son, Headhunters, Macbeth, and several children’s books. He lives in Oslo.

The Man on the Balcony

PENGUIN RANDOM HOUSE:Let’s talk about Detective Harry Hole today. Can you talk about how, exactly, you dreamed him up?

JO NESBO: He came to life on a plane from Oslo to Sydney. I didn’t see him that clearly to begin with. I probably still don’t see him clearly. I can see him out of the corner of my eye. I wanted a big man – a man who took up room physically and also mentally. And so he was, I guess, a typical Norwegian male. He isn’t the kind of guy that speaks a lot. He will speak his mind and he will sort of make you know how he feels, but he won’t do it all the time. He is, in many ways, a traditional detective hero, meaning that he is a hard drinker, hard worker, a loner. But then again he is a realistic guy. He is also a full-blown alcoholic. He is not the typical hard-boiled American detective, who is a hard drinker and who wakes up in the morning making cool remarks about his hangover. When Harry starts drinking he stops functioning. He can’t work.

PRH: What about Harry Hole’s past?

JN: He has had relationships with women, but he has been hurt. Everyone he has ever loved has been taken away from him. When he was real young, his mother died. His first girlfriend committed suicide. And then a close colleague was killed. So I think he is a marked man. He feels that anyone he loves will be taken away from him. His love is like a vampire’s bite. So that has formed him as a character. He is also a man of contradictions. He does believe in the legal system. He does believe in the Scandinavian political system. On the other hand, I think, he sees that catching the killer doesn’t solve much. And putting them behind bars doesn’t give him satisfaction any longer. Still he is there for the hunt.

PRH:Did you know at the get-go that he was going to have so many reappearances? That Harry was going to be a recurring character throughout the novels?

JN: Not when I wrote the first novel. And probably not when I wrote the second novel. But by the third novel he had developed as a character. So I probably knew by then that I was so interested in this character, and that I would use him for a while. And I actually sat down and I wrote a long storyline for Harry. I wasn’t sure I was going to use that storyline or write so many novels that I would actually get to finish that story line. But by now it seems like I am going to follow Harry all the way through the end. And there will be an end.