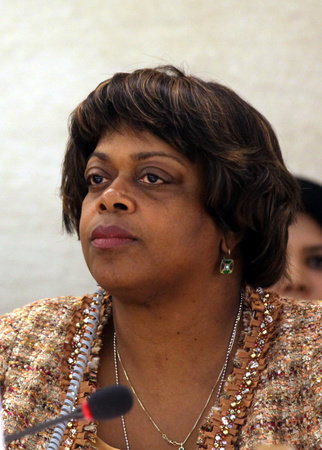 Ambassador Suzan Johnson Cook is the 3rd Ambassador at Large for International Religious Freedom for the United States of America. Nominated by Secretary of State Hillary Rodham Clinton and appointed by President Barack Obama, she served from April 2011 to October 2013, integrating Religious Freedom into our Foreign Policy and National Security Priorities and representing our nation in more than 25 countries and at more than 100 Diplomatic engagements. Prior to joining the Department of State, Ambassador Johnson Cook was an author, activist, analyst, commentator, educator, entrepreneur, faith leader, professional speaker and a White House Fellow under President Bill Clinton. She invites you to connect with her at ProVoiceMovement@gmail.com and CharismaSpeakers@gmail.com, follow her on Twitter, YouTube and Facebook at AmbassadorSujay, or tune in and subscribe to “Conversations with Ambassador Sujay” on her YouTube channel: AmbassadorSujay.

Becoming a Woman of Destiny