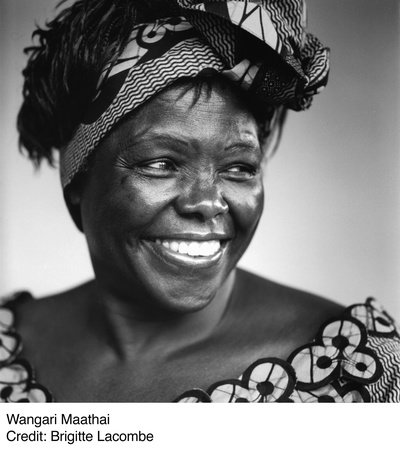 Wangari Muta Maathai was born in Nyeri, Kenya, in 1940. She is the founder of the Green Belt Movement, which, through networks of rural women, has planted 40 million trees across Kenya since 1977. In 2002, she was elected to Kenya’s Parliament in the first free elections in a generation, and in 2003, she was appointed Deputy Minister for the Environment and Natural Resources, a post she held until 2007, when she left the government. The Nobel Peace Prize laureate of 2004, Matthai has been honored around the world for her work, including a recent  appointment to the Legion d’Honneur by France and the Order of the Rising Sun by Japan. She is the author of two previous books: The Green Belt Movement and Unbowed, a memoir, and she regularly speaks to organizations around the world. Maathai has three grown children and lives and works in Nairobi.

The Challenge for Africa