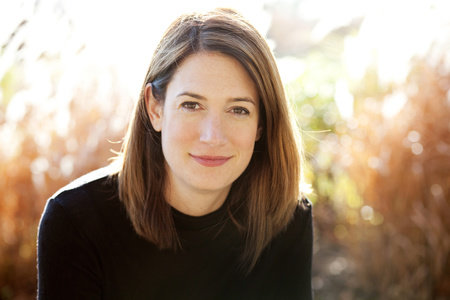 The Novels of Gillian Flynn

PENGUIN RANDOM HOUSE: Your latest novel, Gone Girl, will create converts to the thriller genre. Getting back to the basics – and with no spoilers – where on earth did you come up with such a wild idea for this story? Further, as wild a ride as it was, you kept it all just this side of believable. How did you keep yourself from going too far?

Gillian Flynn: Well, thank you! I started with a desire to explore marriage this round. My previous two books were told from the point of view of women who were decidedly single – who didn’t really even know how to sustain any kind of relationships, romantic or not. So I wanted to deal with a married couple, and do it as a “he said, she said” kind of narrative, because marriages are, in a way, one long version of a “he said she said” story. No matter how close we are to someone, there will always be a disconnect. I think that’s why, when you go out to dinner with a married couple, there is invariably some story that they start telling, that each of them swear is being told wrong. And they are always so incensed about it, right? “You’re telling it wrong!” But I think it’s because, underneath, we find it alarming, that you are sharing a life with someone and yet can experience the same thing in very different ways. It’s shocking sometimes. So this takes that idea of never entirely knowing your spouse, and blows it up times one thousand. As far as keeping it just this side of believable: thank you. I like to tiptoe right to the edge of gothic. My novels all have that just slightly off-kilter reality. It comes from my love of fairy tales, Lifetime movies, and Davids Lynch and Cronenberg.

PRH: The twist in part two of your novel is mind-blowing. Did you know from the beginning of your writing process that this was the direction you intended to take?

GF: I knew the twist, but I had no idea if the twist was the middle or the end. I never know the end of my novels, and often don’t know the middle. I’m not bragging about it; it’s awful. I sometimes think I know, but I never do. In Sharp Objects, the murderer wasn’t even in the first draft. In Dark Places, I had theories as I wrote, but I was never sure. Gone Girl … I sweated a lot. Literally. I would sit in my basement office and pour sweat trying to figure out exactly what I wanted to do.

PRH: How does your previous work as a film and television journalist affect your work as a novelist? Do you find you’re more critical of your own writing because, perhaps, you’re also looking at it from the entertained’s point of view?

GF: It definitely propels me. I worked for Entertainment Weekly for ten years, and consumed a crazy amount of pop culture in that time. There are few things that give me a bigger rush than watching or reading something really great. Conversely, the stuff that frustrated me the most (and that, in retrospect, I was occasionally unduly hard on as a critic) were the TV and movies that I felt squandered a really cool idea. Not the stuff that aimed to be average – and there is a lot of that – and not the stuff that aimed high and didn’t quite work. But the stuff that settled on being average when it didn’t have to be. TV shows and movies are different than books – there are so many more people involved, and so there are so many more things that can go wrong. It’s sort of magical when you think about it, when something is really great. So that makes me all the more aware of the position I’m in. As an author, it’s pretty much up to me. I have a brilliant editor, but she can only work with what I give her. It’s a pretty rare position to be in, so I don’t want to take that for granted and settle. I’m not saying my stuff ends up perfect – but at least it’s not lazy. I don’t want to have to look at my book sitting up on the shelf, and think, “Ugh, why didn’t I rewrite page forty-two?”

PRH: In addition to issues of trust and love, your novel provides an underlying comment on the ideals we as humans strive for – and the lengths to which we’ll go to reach those ideals. Was this one of your main intentions?

GF: It’s definitely a novel about striving. Economically, personally, emotionally. It’s a novel about wanting, and what happens when we want the wrong things, or when we get the wrong things we want. It’s about the dangers of perfectionism and also of settling, and about that maddening Mobius strip, which is especially heightened in marriage: We should be the best person we can for our spouse, yet the point of marriage is unconditional love, which allows us to often dissolve into our worst selves.

PRH: Though we’re not supposed to play favorites, of your three novels, do you have a favorite?

GF: I’m going to be boring here: They are each my favorite in different ways. (I know, I know, but it’s true!) Sharp Objects was my first, and I wrote it on evenings and weekends and vacations from my day job at EW, without an agent or any assurances that it would ever be published, so I have a real soft spot for it, and the narrator, Camille, seems to strike a chord with a lot of people, so that’s very meaningful to me. Dark Places has my favorite opening line of all three: “I have a meanness inside me, real as an organ.” That line came to me deep into a very uneven first draft, and once I had that, I had my narrator, Libby Day, figured out and could really start writing: It was the most satisfying a-ha moment I’ve had as an author. And Gone Girl I’m just very proud of, if I do say so myself. It was the most physically, mentally, and emotionally demanding of all three – plus I gave birth to our son in the middle of writing it, so it will always be a real personal touchstone for me. I was either pregnant or in the throes of first-time motherhood for all of Gone Girl. I’d write an incredibly dark scene and then I had the perfect antidote at the end of the day: To return to a land of soft blankies and smiling bunnies!