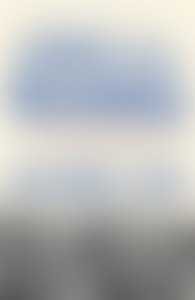 CHRISTOPHER J. DODD, son of the late Senator Thomas J. Dodd, is a U.S. senator from Connecticut. He is chairman of the Senate Banking, Housing, and Urban Affairs Committee and a senior member of the Senate Foreign Relations Committee and the Labor and Human Resources Committee. A former Peace Corps volunteer, Senator Dodd is a recipient of the Edmund S. Muskie Public Service Award and is also widely known for his work on children and family issues. He and his wife, Jackie Clegg Dodd, have two young daughters, Grace and Christina, and live in a converted schoolhouse in East Haddam, Connecticut.

LARY BLOOM, author of The Writer Within, Lary Bloom’s Connecticut Notebook, and other books, is a columnist for the New York Times and Connecticut magazine. He is also a playwright, lyricist, and memoir teacher, and was the editor of the Sunday magazines of the Miami Herald and the Hartford Courant. He lives in Chester, Connecticut. His website is www.larybloom.net.