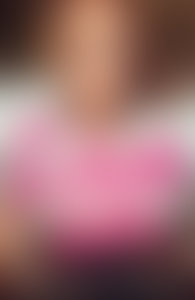 Growing up, sports and books were two major influences in my life. As a kid, I played a bit of everything: baseball, soccer, tennis, basketball–no football, however, which is fortunate, because then I might be in the NFL instead of writing books! Through sports, I gained confidence through success and learned through defeat that things would not always turn out the way I wanted them to. These lessons were as valuable as the lessons I learned through books, except the scrapes on my knees and elbows were mine. But now I am writing books about sports, and drawing on the memories of those scrapes every day.

Lucky for me, sports come with almost everything needed for a good story. Action, conflict, personal growth, and of course, the ultimate showdown–the championship. And there are so many points of view. A single game of basketball can be told a thousand different ways. How does it feel to be the star who gets all the glory, or bears all the blame? How does it feel to be the fan who would give anything for a win, but can do nothing to make it happen? Or the benchwarmer who just wants a shot? Or the referee? Or the coach? Or the cheerleader? They all come to the game hoping things will go their way, but on a good night, only half of them will go home happy. All of that drama can spill right onto the pages, keeping them turning right up until the last tick of the clock.

This is especially important in books where we want to see characters who aren’t perfect, who have to learn from their mistakes, and who become more complete as a result, win or lose. After all, who do we relate to most? The slugger who shatters the lights with a game-winning home run? Or the pitcher who gave it everything he had, but found out in the end that he was human?

And then there are the little moments that say so much.

In a soccer game, the ball deflects off the hand of a forward. The ref doesn’t see it. Seconds later, the forward scores a game-winning goal. The forward knows it was a hand ball. Should that change how he feels about the game? Late in the game, with his team up twenty, a basketball coach puts in his benchwarmer who starts shooting three-pointers. Is this running up the score? Or just one guy’s moment in sun?

Moments like those are what really drive a great sports book because how that character feels will give the reader a book full of information about him in just one scene. There might even be enough to predict how he will act in a similar situation off the field. A misgraded math test in his favor? Too much change at the grocery store? It goes on and on. The possibilities never end. Which makes me happy, because it means as long as there is time, there will always be another story to tell.

Roy Morelli Steps Up to the Plate