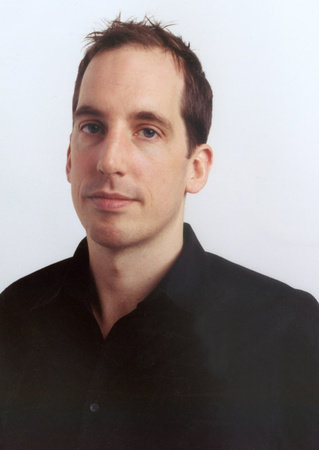 Like many children’s books, The Police Cloud was conceived when the author was sitting by his child’s bedside to tell him a good-night story. The characters his sleepy son, Arthur, was interested in were very limited, and so the story evolved around a cloud, a helicopter, the police, and the fire department. It was a different plot every night, and all possible streams of thought were explored before the final story took shape. This is how the police cloud was born. First came the words, then came the pictures. Doodling away in his studio, Christoph Niemann developed the setting and the characters. Sometimes he had an idea in the subway or in the zoo, and quickly took out his notebook for a sketch. Once all the characters and cityscapes had been created, he scanned them into the computer, added the details, and filled them with color digitally.

The Police Cloud is the first book Christoph Niemann has written and illustrated for children. Most of his illustrations are seen by adults: He has been working for publications like the New York Times and Business Week for 10 years. His work has appeared on the covers of The New Yorker, Fast Company, The New York Times Magazine, and American Illustration. His corporate clients include Nike, Citibank, Google, Delta Airlines, Amtrak, and The Royal Mail. His pet project is called 100%, a series of art books he is publishing together with Nicholas Blechman. The latest issue, 100% Evil, came out in 2005.

Christoph Niemann was born in Waiblingen in the German Southwest in 1970. After his studies at the Stuttgart Academy of Fine Arts with Heinz Edelmann, he moved to New York City, where he has been working as an illustrator, animator, and graphic designer since 1997.

His main pictorial influences have changed with age. Between the ages 5 and 10, Christoph lived in a world illustrated by Tomi Ungerer; between 10 and 15, he immersed himself in the Asterix and Obelix comics by Uderzo; between 15 and 20, it was Mad Magazine. Since he turned 20, Gustave Doré, Saul Steinberg, and Martin Kippenberger have most impressed him.

Christoph Niemann’s illustrations have garnered numerous awards from the AIGA, SPD, ADC, and American Illustration. He won the Talent of the Year Award from the Art Directors’ Club in Germany in 1998, and awards from the Lead Academy in Germany in 2006 and 2007. Christoph is a member of the Alliance Graphique Internationale. He has taught a class on conceptual design at the School on Visual Arts in New York, and lectured widely in the U.S. and Germany, as well as Japan, South Africa, and Mexico. He lives in Brooklyn with his wife, Lisa, and two sons, 5-year-old Arthur and 2-year-old Gustav. They still like to hear good-night stories at bedtime, but sometimes Arthur says: “Please be quiet, I just want to sleep.”