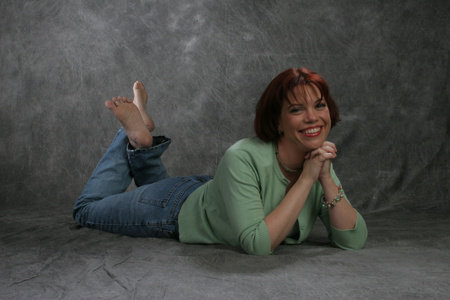 Maggie Quinn: Thank you for letting me interview you.

Rosemary Clement-Moore: I’m just glad that the character of my novels is a journalist. It means I don’t have to write about myself, which can be so awkward.

RCM: Only inside the house, I swear. I’m a closet nerd.

MQ: I guess I don’t need to ask if you were popular in high school.

RCM: Like you, I wasn’t part of the “in crowd,” but I had friends and activities. My grades weren’t as good as yours, though, because I was always writing stories when I should have been doing my algebra homework.

MQ: So, you’ve always wanted to be a writer?

RCM: While other girls were having runway shows with their Barbies, mine went on fantastic adventures in space or battled evil overlords to free their kingdoms (of which they were all princesses in disguise).

MQ: In other words, you were always weird.

RCM: I prefer “eccentric and creative.”

MQ: But you have a master’s degree in science–how did that happen?

RCM: The usual. A pessimistic but convincing guidance counselor who said, “But what’s going to be your day job?” So, I picked something that sounded interesting, then loaded up on electives. My transcript is all over the place, and I had a blast learning new things. Researching my books is like staying in school forever, but without as many final exams and keg parties.

MQ: Speaking of jobs, you have a really random collection of hobbies and skills.

RCM: I’m a fifth generation Texas rancher on one side, and a first generation American on the other. Being the child of a cowboy and a city girl contributes to my weirdness. I can ride, shoot, sail, tie knots, pitch a tent, and build a campfire and then cook on it. I can also serve high tea, embroider and sew, tap dance, and sing random selections from Gilbert and Sullivan operettas. I love history, archeology, literature, ballet, musical theater, horses, and dogs. Plus the whole sci-fi/fantasy obsession.

MQ: Did you always want to write for teens?

RCM: That’s just how it turned out. I enjoy stories about discovering your talents, and how you’re going to use them to save the world, sometimes literally.

MQ: Yeah, what’s up with that? Monsters and demons? Evil cheerleaders? Do you keep yourself up at night?

RCM: Well, I don’t believe in literal monsters and demons, just figurative ones, which are even more frightening. It’s scary to realize that horrific things like the Holocaust or 9/11 or the Virginia Tech shootings aren’t caused by supernatural forces, but by human beings. Giving evil a face and defeating it in fiction is very satisfying.
The good/evil line isn’t as clear-cut when it doesn’t involve automatic weapons. Sometimes the little decisions–kind words over hateful ones, unprompted generosity, honesty when no one is watching–are harder than the big obvious ones. But I think they’re just as important, which is why my characters are often faced with the choice of doing the easy thing, or doing the right thing.

MQ: Way to bring things down. Let’s lighten it up a little. Why give up your glamorous job as a youth theater director for writing books?

RCM: Well, you don’t have to worry about a special effects budget in a book. You can do whatever you want. You can also go anywhere, be anything or anyone–the same things that appeal to me about drama, except I don’t have to stay on a diet, and I get to work on the couch, wearing my Starfleet Academy sweatshirt. Though the puppy in my lap does make it hard to type sometimes.

MQ: I have to say, your dog, Lizzie, is probably the cutest dog on the planet.

RCM: How nice of you to agree with me!