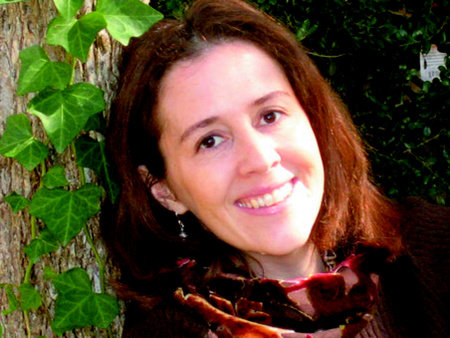 Shana Burg is a writer who lives in Austin, Texas. She started her first novel, A Thousand Never Evers, while teaching sixth grade in Massachusetts, and she hired her former students to critique the first draft. “Their advice was right on the money,” she says. Prior to teaching sixth grade, Shana worked on a Mississippi community nutrition project, and at Facing History and Ourselves, an educational nonprofit. Shana majored in English at the University of Pennsylvania, graduated with a Master in Public Policy from Harvard’s Kennedy School of Government, and received a Master of Arts in Teaching from Simmons College.


I was born in Birmingham, Alabama, in 1968. My parents had moved there from New York several years earlier so that my father could work as a lawyer in the civil rights movement. Although we moved to Massachusetts when I was still a baby, I grew up hearing amazing stories about the struggle for justice and equality. I remember my father talking about the segregated maternity wards in Birmingham, where white women could recover from childbirth in semi-private rooms with air conditioning, while black women were forced to recover in 16-bed wards in sweltering heat. It was stories like this that sparked my interest in the civil rights movement.

Some upsetting things happened during my middle and high school years that made me think a lot about discrimination and equality. For example, in high school social studies, we sat alphabetically by last name. It so happened that in my corner of the class were all Jews and an African American girl. My teacher called our corner “the ghetto.” He’d say, “Would someone in the ghetto like to answer this question?” And in gym class, during floor hockey games, boys shoved my close friend into the wall and whispered “Kike” in his ear.

In high school, as part of ninth-grade English, I took a class called Facing History and Ourselves. This course challenged me to see connections between events in history and the ethical choices I made each day. My teacher, Jan Darsa, actually talked about things that mattered: why friends turn on each other, why kids are afraid to stand up to bullies, and how easy it is to go along with the crowd. We talked about the Holocaust. And then we talked about how people throughout history have stood up and fought against injustice. That class had a big impact on me. (So much so that many years later, I went to work for the Facing History and Ourselves organization.)

Throughout my school years, I remained interested in human and civil rights. In college, during one spring break, my father brought my sister and me to Birmingham, Alabama, to meet his former law partner and his other friends from back in the 1960s. I remember driving by the Sixteenth Street Birmingham Baptist Church with a friend of my father’s. She told us she had been there the day it was bombed, and that one of her best friends, 11-year-old Denise McNair, had been killed. That really shook me to the core.

After college and graduate school, I got a job with a Mississippi community nutrition project. I was based in Boston, but spoke on the phone regularly with local residents of the Mississippi Delta. I had the opportunity to spend time in the Delta too. As someone who’d grown up in the Northeast, I was immediately grabbed by the warmth, friendliness, and good humor of the people I met there. And I was struck by the incredible poverty–poverty that I’d expect to see in a developing country. I was shocked that there were still segregated schools and towns divided between the black and white sides by railroad tracks running through the middle.

The more I learned about policy related to hunger, poverty, and education, the more I wanted to work directly with young people, so I decided to go back to school and get my degree in teaching. It was one of the best decisions I ever made. I love being in the classroom. Talk about an adventure! You never know what’s going to happen on any given day. Middle school students are so creative, hilarious, and real.

It was spring. I was teaching a unit on elements of fiction to my sixth graders. I read picture books to help them understand plot, character, theme, conflict, setting, etc. For homework each night, I’d give an assignment that would help them develop their own creative stories. One day, in the midst of this unit, my students and I had the opportunity to visit with the incredibly talented author David Almond. We’d read his book Skellig aloud. Now I’d always written short stories, poems, and newspaper articles–and I can’t tell you exactly what David Almond said that did it–but I left his talk completely fired up to start writing a book for my students.

That afternoon, as soon as I got home from school, I did the homework that I’d assigned my class. That’s when this 12-year-old African American girl popped in my head. She was sitting on the bank of the bayou, absolutely panic stricken. At the time, I didn’t know who she was, what year it was, or why this girl was so freaked out. I started free writing to find out. Eight years later, I finished A Thousand Never Evers. Now finally, I’m thrilled to say, I’m ready to share Addie Ann Pickett’s story with the world.

Laugh with the Moon