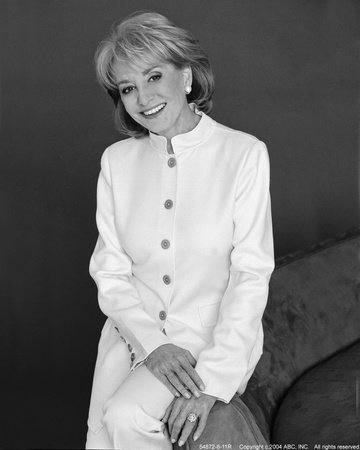 Barbara Walters is an award-winning journalist and the first woman to ever cohost a network news program. She is the recipient of a Lifetime Achievement Award from the National Academy of Television Arts and Sciences. She is an ABC News correspondent, host of The Barbara Walters Specials, and the creator of ABC Daytime’s The View. She resides in New York City.