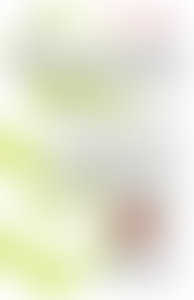 Alan Corey is an entrepreneur, motivational speaker, and author of The Subversive Job Search. Corey accumulated a million-dollar net worth by the age of 28 while living in New York City and shared his personal finance success story in the book A Million Bucks by 30. He has conducted finance seminars to twenty- and thirtysomethings in New York City and at colleges around the country. He has been featured in Fast Company magazine as a “Fast 50 Rising star,” Money magazine as a “Millionaire in the Making,” and was the subject of a cover story for U.25, a national magazine for children and young adults under the age of 25.A front-page story in The New York Times Real Estate section reported the $1.1 million sale of one of his buildings to real estate mogul Barbara Corcoran. Additional profiles have appeared in the New York Post, InTouch Weekly, Time Out New York, Georgia magazine, Curbed, and Brownstoner, and on NPR’s “Talk of the Nation.” In 2005, The New York Press named his bar/restaurant Pioneer BBQ, “Best Brooklyn Bar.” Corey has also appeared on Bravo’s Queer Eye For the Straight Guy and NBC’s The Restaurant.