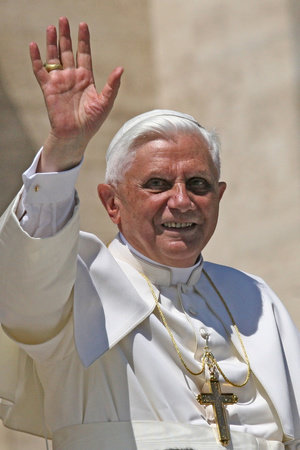 On April 19, 2005, Cardinal Joseph Ratzinger was elected Pope Benedict XVI and became the 264th successor to Peter as the “Vicar of Jesus Christ.” He may well be the most accomplished theologian to be elected Pope in modern times. Beginning in 1981 he spent more than 20 years as the Prefect of the Congregation for the Doctrine of the Faith, a role often depicted as the “defender of the faith.” Cardinal Ratzinger was also President of the Pontifical Biblical Commission and of the Preparatory Commission that codified the new Catechism of the Catholic Church, published in 1994.

Jesus of Nazareth: The Infancy Narratives