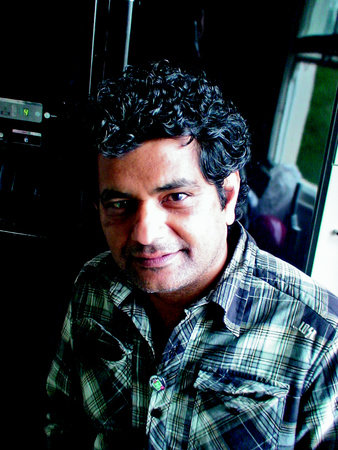 Mohammed Hanif was born in Okara, Pakistan. He graduated from the Pakistan Air Force Academy as Pilot Officer but subsequently left to pursue a career in journalism. He has written for stage, film and BBC Radio. His first novel, A Case of Exploding Mangoes, was long-listed for the Man Booker Prize, short-listed for The Guardian First Book Award and won the Commonwealth Writers’ Prize for Best First Novel. He was the head of the BBC Urdu Service in London and now works as their special correspondent based in Karachi.

Our Lady of Alice Bhatti

There is an ancient saying that when lovers fall out, a plane goes down. A Case of Exploding Mangoes is the story of one such plane. Why did a Hercules C130, the world’s sturdiest plane, carrying Pakistan’s military dictator General Zia ul Haq, go down on 17 August, 1988?

Was it because of:

Or could it be your narrator, Ali Shigri?

Here are the facts:

A military dictator reads the Quran every morning as if it was his daily horoscope.

Under Officer Ali Shigri carries a deadly message on the tip of his sword.

His friend Obaid answers all life’s questions with a splash of eau de cologne and a quote from Rilke.

A crow has crossed the Pakistani border illegally.

As young Shigri moves from a mosque hall to his military barracks before ending up in a Mughal dungeon, there are questions that haunt him: What does it mean to betray someone and still love them? How many names does Allah really have? Who killed his father, Colonel Shigri? Who will kill his killers? And where the hell has Obaid disappeared to?

How did I come to write this novel? As a journalist I’ve tried a couple of times to investigate the mystery surrounding the Pak One crash but never got anywhere. Before becoming a journalist, I was a trainee pilot in the Pakistan Air Force and was familiar with the military milieu. I also wanted to write something funny, since we live in very grim times. I think all of these elements came together in this book.