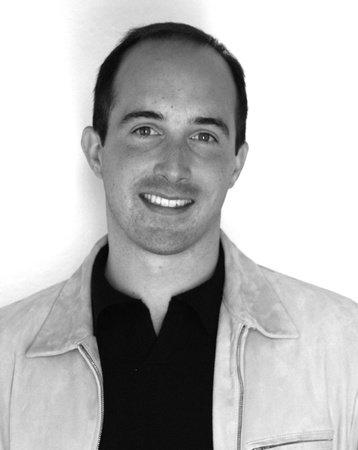 It’s hard to write about one’s self without being too cute or clever by half. When in doubt, keep it simple: here are a few insights into who I am and how I work. Ultimately, it’s all about the words and pictures and how they come to be.

Today, I write books and teach in San Francisco, but I’m a Chicago boy at heart. In the late-1970s, at the age of four, I moved to the Chicago suburbs. My formative memories are generally pretty pleasant; a mishmash of baseball, bikes, and bad haircuts while I navigated the social labyrinth of public schools. As a history teacher, I now realize that my childhood was typical of an American kid growing up in the 1980s: middle child of divorced parents, microwaving fish sticks, and watching too much television.

Thankfully, it wasn’t all fish sticks and TV. There were always books and I was a big reader. My parents were art historians and there was a lot of strange stuff to spark and stoke an inquisitive mind–books on Bosch and Beowulf, surrealist paintings, visiting artists, and mounds of comic books. It was rich fodder for a young mind and while I didn’t always understand what I was looking at, I knew I liked it.

I was an artist before I was a writer. We had a big drawing board at the Neff house–a battered, scribbled-over panel of wood that I would lay out on the floor. With pencil, pen, crayon, or markers, I would create whole worlds–taped together panoramas of monsters and knights and smoldering ruins. I loved monsters–from Grendel lurking outside Hrothgar’s hall, to the Minotaur, to the motley host in Sendak’s, Where the Wild Things Are. If it had claws and teeth and malicious intent, I wanted to draw it. Still do.

My love of words came later. I don’t know exactly what triggered it, but I love the sounds, shapes, and mental snapshots that words can conjure. From the roar of creation myths to the quiet precision of a poem, there’s magic in words. The written word makes me feel a fierce connection to other people–I get to experience life through the soul and vitality of another human being. Even as you read these words, a connection is forming between us. We might be separated by great gulfs of distance or time, but still the connection exists. If that’s not magic, I don’t know what is.

While I love words and art, I didn’t make a go of them right away. As a senior at Cornell University, I planned to attend law school when I was contacted by a consulting firm and encouraged to apply for an interview. Upon further inspection, McKinsey & Company sounded like heady stuff–a chance to work with smart people while tackling big problems. I decided law school could wait.

I spent five years in the business world and it was fine, but it just wasn’t me. Despite some brilliant colleagues and intriguing projects, I was plagued by the nagging suspicion that I was wasting my life. The real me wasn’t all that interested in a corner office–I wanted to be back at my drawing board, creating monsters and knights and ruins. Some might call such an impulse “geeky” or “childish,” but the older I get, the more I realize that we’re all strange little creatures and you have to build a life around whatever strange little things make you tick. It took nearly 30 years, but I finally concluded that I am a storyteller. I quit the corporate life cold turkey and took up teaching. During my first year teaching high school, I began to write The Tapestry.

The Tapestry is a story that I would have loved as a boy. I don’t know how to write for an audience other than myself and I think the story would ring false if I tried. A fair amount of personal history is interwoven into the tale and its characters. For example, vyes are the byproduct of bad dreams I had as a boy, involving tall, wolfish creatures with squinty eyes. The nightmares were recurring and I would run into my parents’ room, insisting that the “vyes” were after me. Naturally, when I needed a monster for The Tapestry, I put a call into the vyes. It was the least they could do after tormenting me so.

There are other bits and pieces of my life scattered throughout the books. An elderly married couple that I knew during college inspired the characters of Mum and Bob. A girlfriend’s father once asked me if I had read Dante in the original Italian (I had not). The presence of Old Tom at Rowan–its clock tower and its chimes–are a nod to Cornell’s Uris Library where I spent many an hour drowsing and watching snow settle onto the campus below. The list could go on. While personal anecdotes are nice, historic epics and mythology play a far greater role in shaping The Tapestry.

I must have been 10 or 11 when I first stumbled upon a book of Irish myths. Compared to the familiar fare of Greek and Norse mythology, the Irish tales seemed very exotic. Ireland’s stories and heroes possessed a beauty, savagery, and poetry that were magical, as were the names, which I still find a challenge. Central to Irish mythology is the hero, Cúchulain, and I could not ask for a more heroic or human persona on which to base Max McDaniels. In many ways, Cúchulain is the epitome of the tragic hero–he possesses both supernatural power and human foibles and thus makes for a fascinating character study. The myth of the Tain Bo Cualnge, or, The Cattle Raid of Cooley, likewise offered intriguing opportunities to explore heroism and hubris side by side.

The series also incorporates other genres–fantasy, science fiction, and real history–and the mix of these elements will shift from book to book. As a writer, I find the variety energizing as each new volume presents fundamentally new challenges and opportunities. To date, I’ve fleshed out detailed plans for over half a dozen books–some of which precede The Hound of Rowan by centuries–and I can safely say that no two are alike. I’d find each a joy to write because I’d find each a joy to read. This same mentality is applied to the illustrations.

When it comes to the drawings, I’m of the old school. Each of The Tapestry’s illustrations is a piece of original art. There is no PhotoShop–an application that has its uses, but is as pervasive these days as cosmetic surgery. I’d rather have a flawed drawing with a bit of sweat and fingerprints than a super-slick image that lives only on a server. The latter makes me sad. I have tremendous admiration for the work of some earlier illustrators–artists like Sydney Paget, Thomas Nast, and Arthur Rackham. I still pore over their drawings or political cartoons with love and awe and I’m firmly of the belief that the craft hit its zenith in the 19th and early 20th centuries. I try to emulate these old masters, employing the same tools–if not quite the same skills–in the illustration process. The drawings are created with an old-fashioned dip pen, paintbrushes, and washes of India ink applied to hot-pressed watercolor paper. Someday I’d like to work with color, but I don’t see that happening within this series.

There you have it–a little glimpse into my background, the stories I tell, and the pictures I make. I hope it’s just the beginning and that I will have the opportunity to spend the rest of my life writing books and teaching young people. I can’t imagine anything better.

Sign me up for news about Henry H. Neff and more from Penguin Random House

The Fiend and the Forge

The Hound of Rowan