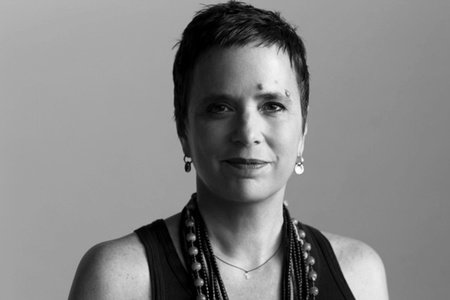 Eve Ensler is an internationally bestselling author and Tony Award–winning playwright whose theatrical works include the Obie Award–winning The Vagina Monologues, as well as Necessary Targets, The Good Body, and Emotional Creature. She is the author of the political memoir Insecure at Last, the New York Times bestseller I Am an Emotional Creature, and a critically acclaimed memoir, In the Body of the World, which she has adapted for the stage and will premiere at Manhattan Theatre Club in January 2018. Ensler is the founder of V-Day, the global movement to end violence against women and girls that has raised more than $100 million for local groups and activists. She is also the founder of One Billion Rising, the biggest global mass action campaign to end violence against women in human history, which is active in more than two hundred countries, and the co-founder of the City of Joy, the revolutionary leadership center for survivors of gender violence in the Democratic Republic of Congo.

I Am an Emotional Creature

A Memory, a Monologue, a Rant, and a Prayer