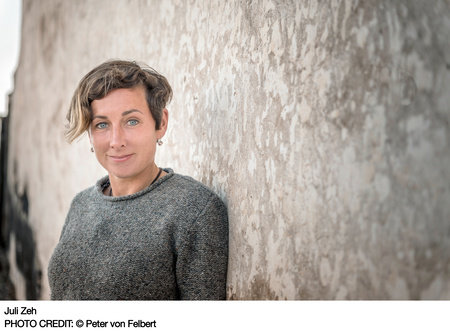 Juli Zeh‘s novels include Eagles and Angels, In Free Fall, and Decompression. She has worked at the United Nations in New York, taught at the German Institute for Literature in Leipzig, and currently lives in Brandenburg, where she is an honorary constitutional judge. She has been awarded numerous prizes for her work, including the German Book Prize, the Carl Amery Literature Prize, the Thomas Mann Prize, and the Hildegard von Bingen Award, and several of her novels have been adapted for film and television. In 2018, she was awarded the Order of Merit of the Federal Republic of Germany for her outstanding contribution to literature.