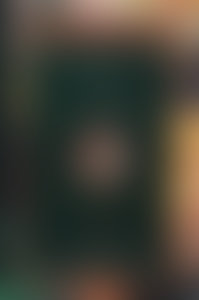 Though perhaps best known for his work as a Hollywood film director, John Farrow (1904-1963) was also quite prolific as a writer. Among his several books is Damien the Leper, which he was inspired to write after learning of Damien’s story during a trip to Tahiti.

John Farrow may be a pseudonym for a well-known Canadian author of literary fiction, but Ice Lake substantiates his unquestionable talent for crafting a detective thriller. Discussing his calculated switch, one book ago, to commercial fiction, Farrow says, "I thought, Okay, this is a genre book, but I’m going to make it as challenging as possible. And do it the way I usually do a book: I’m going to start and not know where it’s going, not know how it ends. That was the fun of it, and the risk." Following on the heels of his first effort in the genre, City of Ice, this new thriller showcases Farrow’s considerable flair for evoking a vividly realistic, coldly corrupt Montreal. It also brings back one of the most popular elements of the previous novel: the maverick, brilliant, old-school, Montreal cop Emile Cinq-Mars. This time, Detective Cinq-Mars investigates an icy murder with ominous links to the international pharmaceutical industry.


"As well as being a hotbed for criminal syndicates, Montreal is also one of the most active biotechnology centers in the world," says Farrow. "Putting the two elements side by side made it seem rife for intrigue." The deadly battle at the heart of Ice Lake concerns a fiercely coveted vaccine for AIDS, and as Farrow points out, this kind of cutting-edge medical research is now a lucrative business and will inevitably expose the industry to greed and corruption. Murder draws Emile Cinq-Mars into this domain, a crafty and Machiavellian world where, Farrow warns, "only his wits and cunning will be able to get him out."