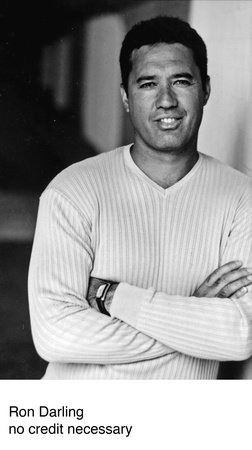 Ron Darling was a starting pitcher for the New York Mets from 1983 to 1991 and was the first Mets pitcher to be awarded a Gold Glove. Since 2006 he has been SportsNet New York’s game and studio analyst; since 2007 he has also been a game and studio analyst for TBS, for that network’s game-of-the-week and postseason broadcasts. Darling won an Emmy Award for best sports analyst in 2006. He was born in Honolulu, Hawaii, and attended Yale University, where he was a two-time All-American. He currently lives with his family in Manhattan.