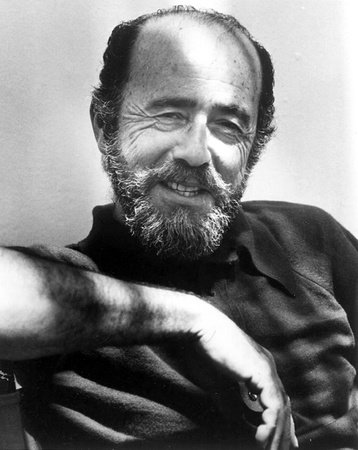 “I write what I am. When I sit down to a blank sheet of paper, I may become a yellow-haired boy, a snarling pirate, a prankish wizard’s ghost, or even a dog with arrogant wolf’s eyes. But beneath all the makeup, the wigs and putty noses—that’s me, off on a fresh adventure and having as much fun as I can.”—Sid Fleischman


Sid Fleischman, Newbery Award–winning children’s author, saw a magician for the first time when he was in fifth grade and was enthralled. For most kids, fascination with magic is a passing fancy, but for Fleischman, it has stayed with him over the years.

In fact, after high school he toured as a professional magician, until he served on active duty in the U.S. Naval Reserve during World War II. Fleischman then went on to college and after graduating, worked as a reporter on the San Dieqo Daily Journal until the paper folded in 1950.

Fleischman then turned to writing fiction; there one can detect the ongoing influence of magic in his life. Fleischman plots stories with a magician’s mind; he’s able to peer around corners and find surprises where they hadn’t been before.

He says he first began writing for young people because his own children wondered what he did for a living. Other fathers left in the morning and returned home at night, but he was around the house all day long typing a lot. “I decided to clear up the mystery and wrote a book just for them.” Fleischman read each chapter aloud after he finished it, and his children made comments and suggestions, many of which he put to use. Writing his first book for children was a family activity.

Fleischman was born in Brooklyn, New York, and grew up in San Diego, California. He has written numerous books—for adults as well as for children—some of which have been made into movies.

Fleischman has a special place in his heart for children’s books. He says, “The books we enjoy as children stay with us forever—they have a special impact. Paragraph after paragraph, and page after page, the author must deliver his or her best work.”


JIM UGLY
“Jake’s voice is simple and direct, made vivid by Fleischman’s command of simile and metaphor.”—Starred, School Library Journal

HUMBUG MOUNTAIN
“Fleischman concocts a tall one as he fashions laughs and adventure aplenty in this diverting tale of the Old West.”—Starred, Booklist