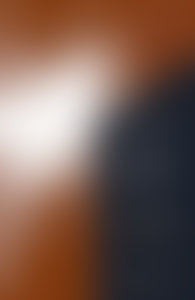 Ari L. Goldman, one of the nation’s leading religion journalists, is a professor of journalism at Columbia University. He was born in Hartford, Connecticut, and was educated at Yeshiva University, Columbia, and Harvard. At Columbia, he teaches the popular “Covering Religion” seminar that in recent years has taken students to Israel, Jordan, Russia, Ukraine, and India. Through his teaching and his travels, Goldman has taught a whole generation of religion writers. He has been a Fulbright professor in Israel, a Skirball fellow at Oxford University in England, and a scholar-in-residence at Stern College for Women. He served on the boards of several organizations, including the Jewish Book Council, the Covenant Foundation, and the Congregation Ramath Orah, an Orthodox synagogue on Manhattan’s Upper West Side. In addition to The Search for God at Harvard, he is the author of Being Jewish: The Spiritual and Cultural Practice of Judaism Today and a memoir, Living a Year of Kaddish. He occasionally contributes articles and reviews to The New York Times, among other publications.

Sign me up for news about Ari L. Goldman and more from Penguin Random House

Living a Year of Kaddish

The Search for God at Harvard