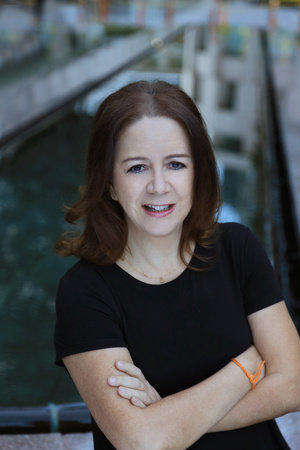 Born and raised in Brooklyn, New York, Lisa Napoli has lived for the last dozen years in southern California, where she was inspired to write this book by a public artwork with a mysterious provenance. In her three decades as a journalist, she’s worked for The New York Times, MSNBC, the public radio show Marketplace, and a variety of other outlets.  She’s covered everything from presidential campaigns, to hacker conventions and a hostage standoff, to the dawn of the World Wide Web.  Her first book, Radio Shangri-La, is about the impact of media culture on the mysterious Kingdom of Bhutan, where she was invited to help start a radio station at the dawn of democratic rule.

A graduate of Hampshire College, Lisa leads an award-winning volunteer cooking group at the Downtown Women’s Center on Skid Row in Los Angeles.  She’s also the founding board chair of the Bhutan Media Society, an all-volunteer news outlet created by Bhutanese refugees in diaspora.