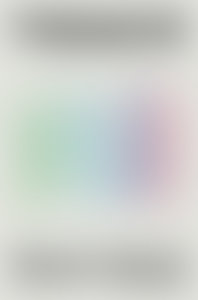 Teju Cole was born in the United States in 1975 to Nigerian parents and grew up in Lagos. His books include the novel Open City, the essay collections Known and Strange Things and Black Paper, and the experimental photobook Blind Spot. He has been honored with the PEN/Hemingway Award, the Internationaler Literaturpreis, the Windham-Campbell Prize, and a Guggenheim Fellowship, among others. He is an elected member of the American Academy of Arts and Sciences. Previously the photography critic of The New York Times Magazine, Cole is currently a Professor of the Practice of Creative Writing at Harvard.

The much-awarded Teju Cole, photography critic for The New York Times Magazine and author of Known and Strange Things, has released his first book of photographs. A synthesis of language and photography comprise Blind Spot in what amounts to a soaring yet grounded exploration of the world through Cole’s eyes (or lens). He takes us from a park in Berlin to a church in Lagos and beyond. In the below interview, we discuss physical and metaphorical blind spots, the importance of photography, the enriching nature of context, and more.

PENGUIN RANDOM HOUSE: Why did you name your collection ‘Blind Spot’?

TEJU COLE: The way the physiological blind spot works is that we compensate for it. We fill in the information: the brain guesses, based on what else is around that area of the retina. When I’m out in the world taking pictures, or for that matter taking notes for a story, I’m very interested in the fictions we instantly create for ourselves about the reality of things. And one of the biggest and most persistent of those fictions is this idea that we can see all that’s before us, that we know everything about any given conundrum. I called the book ‘Blind Spot’ to indicate the omnipresence of these lacunae, but also simply because when I was diagnosed with eye trouble, the doctor told me I had something called “big blind spot syndrome.” For a writer and photographer, that was an irony too pointed to ignore.

PRH: Why is photography important? Why should it be shared?

TC: Photography was called “the pencil of nature” — early practitioners were astonished by its fidelity to the look of things. Maybe our astonishment is quieter now, but photography still makes us go “wow.” It captures light from a scene, fixing and making it permanent. The invention of the camera was the invention of a kind of time travel. But I wouldn’t say “it should be shared,” I would say that it also altered our notion of sharing: most photographs are multiples. In other words, in addition to mimicking the world out there, it was able to do it several times over. Photography changed art, but it also changed our sense of what counts as original: I would say it expanded, positively, that sense.

PRH: Is context — the reality that each photograph we see exists, for each of us, within our knowledge of all the other photographs we’ve ever seen — a burden? Is it enriching?

TC: I find it enriching. Nothing is alone. The world of images is not exactly a system, but it’s a kind of encyclopedia, and infinitely deep one. There’s much to enjoy in this.

PRH: How did composing the writing that went alongside each of your photos compare to the process of writing Known and Strange Things? How did it compare to writing a novel?

TC: You’ve pointed out three different writerly practices there: fiction, criticism, and — as I call the ‘Blind Spot’ texts — voice overs. There are differences of length, of course, and there are strong similarities of cadence and subject matter. But I think the key distinction to make among the three is that when I’m working creatively, my priority is to put my vulnerability into a form. When I’m working critically, I’m trying to turn insights into discourse: I notice a number of things about a work of art, and I bring them into an imagined conversation between myself and my reader. Having said all that, I think all my writing contains both creativity and criticism, though in different proportions at different times.

TC: Social media has been a big change in the life of images, sure. I can speak in the general, but for me, posting images as well as looking at them online has deepened and bolstered my sense of what they can accomplish. But on the flip side, I still love a well-made photobook, and a beautifully printed negative. I don’t think we’ll ever abandon materiality, nor should we seek to.

PRH: What role does travel play in your life?

TC: Many projects at the same time, as usual: writing, images, other things. Hopefully I’ll continue to get the fine balance of procrastination and intensity right. So far so good.