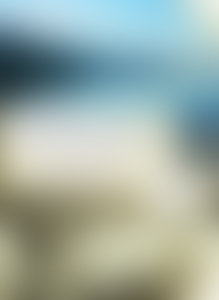 Jill Frayne works as a family therapist in a children’s mental health centre, but, “like lots of women,” has kept a journal all her life. Even in her journal, she edits herself and does the best writing she can. As she approached fifty, she says, “I wanted to impose on myself the discipline of doing the very best writing I could,” not necessarily for publication but for herself. Her three-month journey across the country, and her memory of connection with nature, offered itself as a story. A writer friend read it and said she knew a publisher who would like it.

The publisher advised that it was full of great writing about landscape, but that the reader needed to get to know the person at the centre. Jill asked her daughter Bree and long-term partner Leon for their permission, and wrote herself into the book. During her self-imposed exile in the Yukon, she had been free to examine her life with some sort of detachment, and in rewriting the book she brought that awareness and self-examination into the narrative. She is clear-eyed about human flaws, especially her own.

Jill Frayne grew up in Toronto, one of four children of June Callwood, noted author and social activist, and Trent Frayne, sportswriter and author of many books. When she was growing up, her parents both had offices in the house, clacking away on their typewriters in the midst of family life. There was no expectation on the children to become writers; the parents just “hoped they’d be happy.” Like Jill, her brother and sister have come to writing in their fifties.

Working in Toronto and bringing up a daughter, Jill didn’t properly begin to get at the outdoors until she was well into her thirties, when she edged out of the city, moving to a schoolhouse near Uxbridge, where she “began to roam around the farmers’ fields.” She found the outdoors simultaneously soothing and exhilarating. She says many readers have described her journey as a challenge, but it was actually “the opposite of setting a challenge”: what she was looking for was the comfort she knew the outdoors could give. This journey would be one for which she didn’t need another person.

As the title of the book reflects, Jill was beginning a new phase of life in middle age, and “looking for what to do next internally . . . We have a few starting out times in our lives, not just when we leave home. I was starting out some time after noon.” The biggest challenge in the writing was the process of self-editing, which she describes as being like “combing tangled hair, every draft getting better, until finally the comb starts to run smooth.” Like most writers, she says, she can edit endlessly.

One outcome of the three-month journey into the wilds of Canada was a new home on a bush lot at the northern tip of Algonquin Park, where she has lived now for eleven and a half years. “Life is pretty simple,” she says. “It’s the most soothing place.” Her house has lots of comforts but no plumbing, so she has to fetch water from a nearby well — by car in the summer, and by toboggan in the winter, when the roads aren’t ploughed. She is surrounded by good neighbours: “It’s the practice to stop or at least wave when you drive by . . .slow and chat about the weather, about tasks at hand . . . . Right now the neighbours are taking sap from the trees [for maple syrup].” Driving south to work, she passes small communities where “guys work on the roads or in the bush, and women work in services.” Going into Toronto to visit family and friends is fun. This morning, she describes the gorgeous scene outside: “a sheet of crust,” where yesterday’s warm temperatures and then a sudden drop to 7 below formed ice on the layer of pure snow, which now glints in the sun. Boy, are we lucky!”

She writes on weekends and holidays, when she’s not working; “I love writing.” With the publication of her first book, she is too distracted to think about what she might write next, although there are certainly things she wants to do. “I don’t expect to have this again, but I will certainly keep writing, at least for the drawer.”

Starting Out In the Afternoon