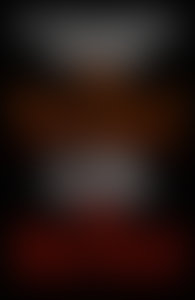 E. FRANKLIN FRAZIER (1894-1962) was considered to be one of the most influential African-American sociologists of the twentieth century. His The Negro Church in America (published posthumously) was groundbreaking in its study of the changes in the black church after the Civil Rights Movement. He wrote nine books and over one hundred essays.

C. ERIC LINCOLN (1924-2000) was an African-American scholar who taught all over the United States. His novel, The Avenue, Clayton City, won the Lillian Smith Book Award for Best Southern Fiction in 1988 and the International Black Writers’ Alice Browning Award in 1989. He was an elected member of the Fellowship of Southern Writers and founding president of the Black Academy of Arts and Letters. He was friends with Rev. Dr. Martin Luther King, Jr., Malcolm X, and Alex Haley. In 1990, he was cited by Pope John Paul II for “scholarly service to the church.”

Sign me up for news about E. Franklin Frazier and more from Penguin Random House

The Negro Church in America/The Black Church Since Frazier