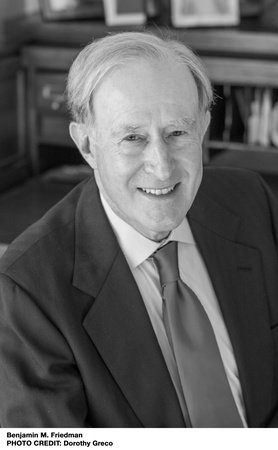 BENJAMIN M. FRIEDMAN is the William Joseph Maier Professor of Political Economy, and formerly chairman of the Department of Economics, at Harvard University, where he has now taught for nearly half a century. Mr. Friedman’s two previous general interest books are Day of Reckoning: The Consequences of American Economic Policy Under Reagan and After, and The Moral Consequences of Economic Growth. He has also written extensively on issues of economic policy, for both economists and economic policymakers, and he is a frequent contributor to national publications, especially The New York Review of Books. He lives in Cambridge, Massachusetts.

Sign me up for news about Benjamin M. Friedman and more from Penguin Random House

Religion and the Rise of Capitalism

The Moral Consequences of Economic Growth