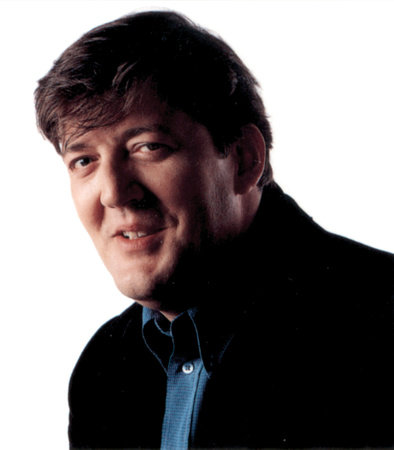 Stephen Fry is an English actor and author. As well as being the bestselling author of four novels, The Stars’ Tennis Balls, Making History, The Hippopotamus, and The Liar, and the first volume of his autobiography, Moab is My Washpot, he has played Peter in Peter’s Friends, Wilde in the film Wilde, Jeeves in the television series Jeeves & Wooster and Laurie in the television series Fry & Laurie.

Moab Is My Washpot