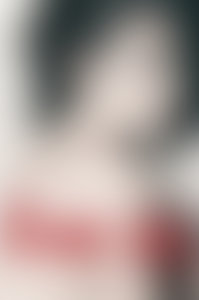 The Lucky Kind is my second novel. After Random House bought my first novel, The Beautiful Between, I was thrilled – but there was also a voice in the back of my head, asking “Can you do it again?”

I tried to ignore the voice and just finish working on The Beautiful Between. But the voice was persistent; it wouldn’t shut up. I’m sure plenty of authors hear this voice. I’m sure it’s not exclusive to authors; after every good grade, don’t you sometimes hear a voice in your head asking if you’re also going to ace the next test? (I certainly did when I was in school.)

But I don’t mind the voice. It stayed with me, encouraging me to write The Lucky Kind. It reminded me, when I felt like the story wasn’t going anywhere, that I’d had those same doubts when I wrote The Beautiful Between. It got me sitting in front of the computer on Saturday mornings when I really wanted to stay in bed and watch silly movies. The voice may have been nagging, but it was also a constant source of encouragement.

I’m a big fan of listening to the voices in your head. After all, it was a voice in my head that became Nick’s voice, the narrator of The Lucky Kind, and I couldn’t have written the book without it.