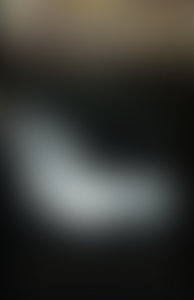 Elyse Gasco was born in Montreal. She received a B.A. in Creative Writing from Concordia University and an M.A. in Creative Writing from New York University. Her work has appeared in literary magazines in the U.S. and in Canada, including The Little Magazine, Western Humanities Review, Canadian Fiction Magazine, PRISM international, Grain, and The Malahat Review. In 1996, the title story from this collection was awarded the $10,000 Journey Prize for the most accomplished work originally published in a Canadian literary journal, and anthologized in The Journey Prize Anthology.

Can You Wave Bye Bye, Baby? was the winner of the QSPELL Hugh MacLennan Prize for Fiction and the QSPELL/FEWQ First Book Award, and a finalist for the Governor General’s Award for Fiction, the Rogers Writers’ Trust Fiction Prize, the Danuta Gleed Literary Award, and the Pearson Canada Reader’s Choice Award at The Word on the Street. It was also a New York Times Book Review Notable Book.

Elyse Gasco lives in Montreal with her husband and their two daughters. She is at work on her next book of fiction.

Can You Wave Bye Bye, Baby?