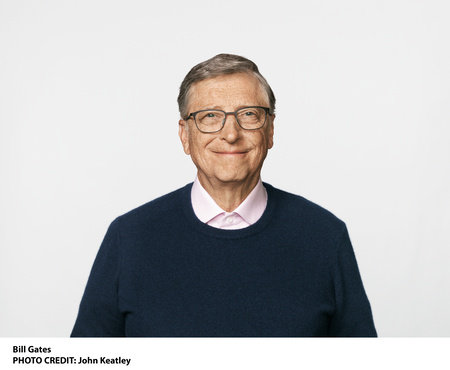 Bill Gates is cochair of the Bill & Melinda Gates Foundation and founder of Breakthrough Energy. Bill founded Microsoft in 1975 with Paul Allen and led the company to become the worldwide leader in business and personal software and services. In 2008, Bill transitioned to focus full-time on his foundation’s work to expand opportunity to the world’s most disadvantaged people. As cochair, he leads the foundation’s development of strategies and sets the overall direction of the organization. Through his private office, Gates Ventures, he pursues his work on innovation in clean energy, Alzheimer’s disease and other healthcare issues, interdisciplinary education, and technology. At Breakthrough Energy, he’s putting his experience as an innovator and problem-solver to work to address climate change by supporting the next generation of entrepreneurs, big thinkers, and clean technologies. Bill uses his experience partnering with global leaders across sectors to help drive the policy, market, and technological changes required for a clean-energy transition. In 2010, Bill, Melinda French Gates, and Warren Buffett founded the Giving Pledge, an effort to encourage the wealthiest families and individuals to publicly commit more than half of their wealth to philanthropic causes and charitable organizations during their lifetime or in their will.

How to Avoid a Climate Disaster