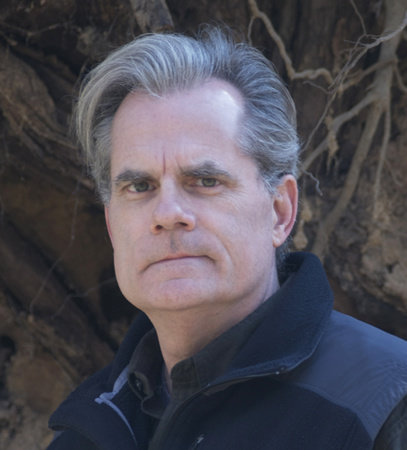 SCOTT WALLACE is a journalist whose assignments have taken him from the Himalayas and the streets of Baghdad to the Alaskan Arctic and the Amazon. A former correspondent for the Guardian and Newsweek, he has written for National Geographic, National Geographic Adventure, and Harper’s. His photography has appeared in Smithsonian, Outside, and Sports Afield. His television credits include CBS, CNN, and National Geographic Channel.

Face it, don’t fight it: Scott Wallace has more fun than you do. As a correspondent for Newsweek, the Guardian, Harpers, and National Geographic, his work has taken him from the Himalayas and the streets of Baghdad to the Alaskan Arctic and the Amazon. That particular jungle provided the setting for his epic first book, The Unconquered, in which Scott and a crew of Brazilian explorers ventured into the uncharted depths of the Amazon in search of the mysterious flecheiros, or “People of the Arrow” – one of the last uncontacted, unassimilated, and unconquered tribes left on the face of the earth. Penguin Random House caught up with Scott just as he was departing for his latest expedition with National Geographic to ask him a few questions about his adventures in the Amazon.

PENGUIN RANDOM HOUSE: What’s the most dangerous thing about the Amazon?

Scott Wallace: I’d say the most dangerous thing can be your own carelessness. You have to be on your guard at all times. You cannot afford to relax your attention, particularly when you are on the move in uncharted forest. There are so many hazards and potential dangers, everything from venomous snakes to thorned bamboo that can impale an eyeball in a moment of carelessness. And if you get caught out by yourself in the jungle or on a riverbank at night, you’re vulnerable. There’s always a sense of subliminal dread lurking just beneath the surface.

PRH: Are there any uncontacted tribes left to encounter?

SW: Incredible as it may seem at a time when the entire planet is bound together in an interconnected “global village,” there are still some sixty or more uncontacted tribes holding forth in the deepest recesses of the Amazon. They live almost entirely free from us. Everything they need is on hand in the forest – their food, the materials they use for shelter and clothing. These are not groups that you would casually go out and encounter. Attempting to make contact with any of them is extremely dangerous. It’s dangerous for the tribes, because they lack immunity to our germs. Flu, measles, even the common cold can be deadly to these populations. It’s hazardous for us because they are unpredictable. They have good cause to fear us, and they could attack anyone who tries to get close.

PRH: What are the five most important things to bring on an expedition to the Amazon?

SW: A good pair of boots, a good hammock with a mosquito net, a machete, a poncho, and a Swiss Army knife.

PRH: Is there anything you wished could have made it into the book that didn’t?

SW: Believe it or not, I think that the book is complete as is. Everything that I wanted to include in the book is there.

PRH: Was there any point where you thought “I shouldn’t be here?”

SW: That happened several times a day once we left the security of the boats and camping out on the rivers behind and plunged into the jungle. It was incredibly exciting and thrilling to be present for this type of expedition into wild, uncharted territory. But the challenges were daunting, and it was easy to think, ‘My God, what have I gotten myself into?’ But once the boats turned back and we started into the jungle, there was absolutely no turning back. And when you think about it, that is really what a great adventure is all about. Not knowing what is ahead. Knowing there is no way back.

PRH: What’s the next big adventure on the horizon for you?

SW: I am looking into the life of my grandfather, who was something of a con artist and adventurer who traveled the world in the 1920s and ’30s and claimed to have discovered a “lost tribe” in the Himalayas in the early 1930s. Little was said of this man in our home as we grew up. He abandoned my grandmother when my mom was still young. So much of his life remains shrouded in mystery. Then there’s the uncanny resemblance to my own experience with an uncontacted — or some would call a “lost” — tribe. I’m interested in discovering more about the man my grandfather was and the man I have become. Needless to say, I am bound for the Himalayas.