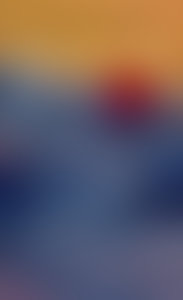 Eugene T. Gendlin received his Ph.D. in philosophy from the University of Chicago and taught there from 1963 to 1995. He has been honored three times by the American Psychological Association for his development of experiential psychotherapy. He received the first Distinguished Professional Psychologist of the Year award from the Clinical Division and an award from the Philosophical Psychology Division; he and the Focusing Institute received an award from the Humanistic Division in 2000. He was the founder and editor for many years of the Clinical Division journal Psychotherapy: Theory, Research and Practice. His book Focusing has sold over 500,000 copies and is translated into seventeen languages. His other books include Let Your Body Interpret Your Dreams, Focusing-Oriented Psychotherapy, Experiencing and the Creation of Meaning, Language Beyond Post-Modernism: Saying and Thinking in Gendlin’s Philosophy (edited by David Levin), and A Process Model.

Sign me up for news about Eugene T. Gendlin and more from Penguin Random House