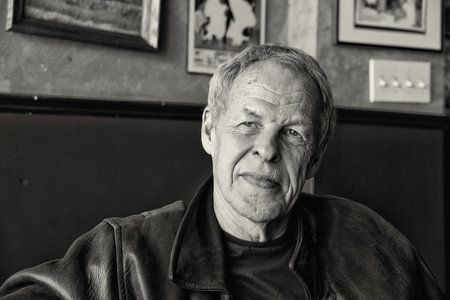 LINDEN MacINTYRE’s bestselling first novel, The Long Stretch, was nominated for a CBA Libris Award and his boyhood memoir, Causeway: A Passage from Innocence, won both the Edna Staebler Award for Creative Non-fiction and the Evelyn Richardson Award. His second novel, The Bishop’s Man, was a #1 national bestseller, won the Scotiabank Giller Prize, the Dartmouth Book Award and the CBA Libris Fiction Book of the Year Award, among other honours. The third book in the loose-knit trilogy, Why Men Lie, was also a #1 bestseller as well as a Globe and Mail “Can’t Miss” Book. His novels Punishment and The Only Cafe were also national bestsellers, as was his 2019 work of non-fiction, The Wake. A distinguished broadcast journalist, MacIntyre, who was born in St. Lawrence, Newfoundland, and grew up in Port Hastings, Cape Breton, spent twenty-four years as the co-host of the fifth estate. He has won ten Gemini awards for his work. MacIntyre lives in Toronto with his wife, CBC radio host and author Carol Off. They spend their summers in a Cape Breton village by the sea.