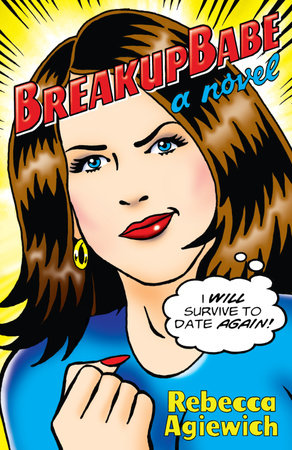 My Blog: How I got over the worst, most humiliating breakup in web-recorded history–and became stronger, smarter, and better off without the biggest Loser on the face of the earth.

Life is sweet for Rachel. She’s living with her boyfriend of two years in Seattle and is starting a new high-paying job at the same snazzy computer company where he works. Then Rachel’s system crashes. Her supposedly adoring almost-fiancé cheats on her, lies to her, dumps her, and hooks up with someone else–specifically, her own boss’s boss’s boss. Talk about tacky.

Heartbroken, beyond depressed, and stuck in nine-to-five hell, Rachel follows a recovery regimen that features an arsenal of meds (including General Celexa: "the holy pink pill"), deliciously detailed daily entries in her newly inaugurated weblog Breakup Babe, and a string of dates–from the irresistibly bad Little Rockclimbing Spy, who proves to be full of surprises, to the high-flying ladies man Sexy Boy, who loves weed almost as much as he loves women.

With her shoulder-perched alter egos Sensible Girl and Needy Girl vying for her sanity, and a growing legion of supportive online fans threatening to snap her out of her grand funk, Rachel somehow survives, thrives, and discovers just how risky and liberating love, loss, and blogging can be.

Rebecca Agiewich is the author of the novel BreakupBabe. She lives in Seattle, where she has dated some of the city’s most eligible bachelors and almost all of the ineligible ones. Agiewich also plays keyboards in a country rock band,… More about Rebecca Agiewich