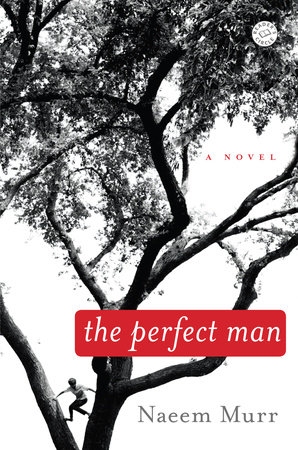 1. As a schoolboy in England, and then as a young newcomer to a strange, new town in America, how does Rajiv Travers deflect people’s prejudice against his dark skin and unfamiliar accent? What talents does he draw on to establish himself in Pisgah, Missouri?

2. Ruth Winters is originally reluctant to have Raj stay with her. Why does she agree to take the boy in? What motivates her to write such hateful things about him in her journals? How does their relationship evolve over time, and what do they gain from each other?

3. There are many stories of courtship in the novel, including those of Annie and Lewis, Nora and Raj, Annie’s mother and father, Lewis’s downtrodden father and his young Orphan Train bride, and Ruth and Oliver. What draws these people together? Which are the healthiest and which the least healthy of these relationships?

4. How would you describe the dynamics between males and females in the world that Naeem Murr has depicted?

5. There are two tightly knit groups in Pisgah: Raj’s circle of childhood friends, and Bennet’s group of grown men. When you compare these two groups, what differences do you find? In each group, who is the leader, and what gives that person his or her power, and what roles do the other individuals play in these groups?

6. The mysterious death of Lewis’s autistic little brother Roh back in 1952 is a profoundly disturbing event with long-lasting repercussions. Which characters in the novel are most significantly shaped by this dark event, and who is ultimately culpable for the boy’s untimely demise? And who for what happens to Lewis?

7. Why is Judy so determined to forge a friendship with Ruth and why do her attempts fail so miserably?

8. Annie describes Nora as being both strong and delicate: “It was as if the soul of a cat had found its way into the body of a cow” (45). But in times of crisis, such as when the group finds Mrs. Barnacle’s body, Nora’s brave side always wins out. What makes Nora so courageous? Why does Rajiv admire her courage so much?

9. Why does Alvin have such a hard time fitting in? What motivates him to steal?

10. How would you characterize the short excerpts from Ruth’s romance writing that appear in The Perfect Man? What purpose do they serve in the novel?

11. Annie is drawn to both Raj and Lew, with an intensity that makes her jealous of their close bond with each other. Which one does she ultimately choose to spend her life with, and what is this decision based on? Why does she have such a hard time picking a name for Baby?

12. As a grown man, Raj recalls that when he was young, he dreamed of being one of Ruth’s characters: “Brutally powerful, morbidly sensitive, he was the perfect man.” Why would Raj aspire to this, and how close does he come to achieving his goal? Why do you think the novel is titled The Perfect Man?

13. In a letter to his brother Gerard, Oliver Travers writes that “transformation is just a fantasy, like Ruth’s Romances . . .” Is Oliver right? Which characters, if any, in this novel reveal themselves to be capable of real and fundamental transformation? Which, if any, are shown to be incapable of such change?

At the Bottom of Everything

Age of Consent
Back to Top