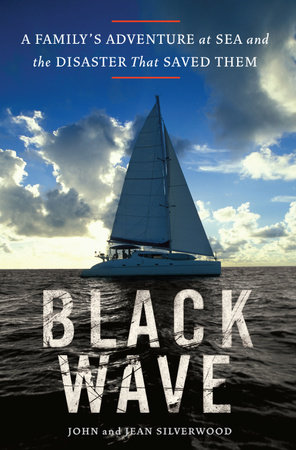 A Family's Adventure at Sea and the Disaster That Saved Them

“I told God that if he would let us survive this night, I would make it mean something worthwhile. And then, somehow, I felt calmer than I have ever felt. Unreasonably so. Irrationally so. I looked over the scene of our wrecked life and I smiled–a crazy smile for sure–and I looked through the dark at the mad beauty of it.”
–Jean Silverwood

An exhilarating true-life adventure of one family’s extraordinary sea voyage of self-discovery and survival, tragedy and triumph

Successful businessman John Silverwood and his wife, Jean, both experienced sailors, decided the time was right to give their four children a taste of thrilling life on the high seas. And indeed their journey aboard the fifty-five-foot catamaran Emerald Jane would have many extraordinary and profound moments, whether it was the peaceful late-night watches John enjoyed under the stunning celestial sky or the elation shared by the whole family at the sight of blissful pods of dolphin and migrating tortoises. John and Jean had hoped to use the trip as a teaching opportunity, with the Emerald Jane as a floating classroom in which to instruct their children in important lessons–not only about the natural world but about the beauty of human life when stripped down to its essence, far from the trappings of civilization.

Yet rather than flourishing amid the new freedoms and responsibilities thrust upon them, the children were sometimes confused, frightened, resentful. The two oldest, fourteen-year-old Ben and twelve-year-old Amelia, missed their friends and the comfortable life left behind in San Diego, while the two youngest, Jack, seven, and Camille, three, picked up on the stressful currents running above and below the surface–for throughout the journey, the Silverwood family found its bonds tested as never before.

John and Jean, whose marriage had weathered its share of storms, would wonder again if they had taken on too much as the physical, emotional, and financial strains of caring for the expensive catamaran and their children brought old resentments to the surface.

John’s dream trip that began on Long Island Sound ended almost two years later as a nightmare in treacherous waters off a remote atoll in French Polynesia, where, in an explosion of awesome violence, the terrifying brunt of the ocean’s anger fell upon the Emerald Jane.

Gradually, in the crucible of the sea, a stronger, more closely knit unit was forged. The Silverwoods became a crew. Then they became a family again. But just as it seemed to them that they had mastered every challenge, their world was shattered in a split-second of unimaginable horror. Now their real challenge began, forcing them to fight for their very lives.