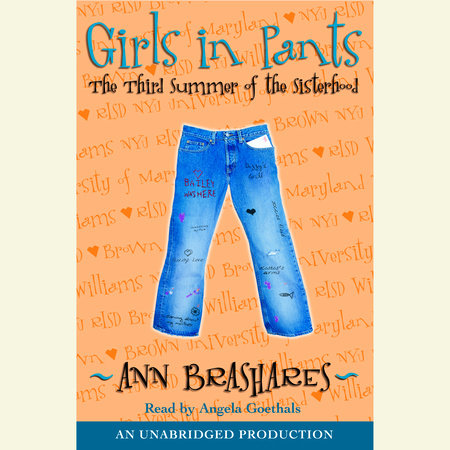 The Third Summer of the Sisterhood

About Girls in Pants

The third novel in the wildly popular #1 New York Times bestselling Sisterhood of the Traveling Pants series, from the author of The Whole Thing Together and The Here and Now.

It’s the summer before the sisterhood departs for college . . . their last real summer together before they head off to start their grown-up lives. It’s the time when Lena, Tibby, Bridget, and Carmen need their Pants the most.

“Readers of the other books won’t be disappointed.” —Booklist, Starred

“A treat for anyone.” —Los Angeles Times

“These are friends worth having.” —Chicago Tribune

Listen to a sample from Girls in Pants 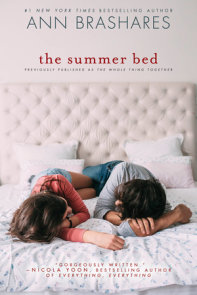 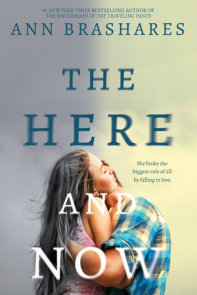 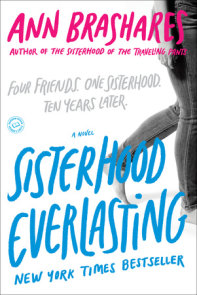 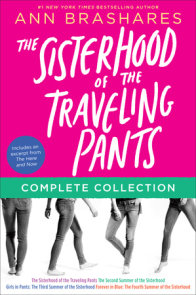 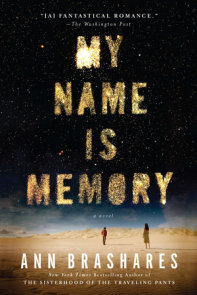 See all books by Ann Brashares

Ann Brashares is the #1 New York Times bestselling author of the Sisterhood of the Traveling Pants series, The Here and Now, 3 Willows, The Last Summer (of You and Me), and My Name Is Memory. She lives in New York City with her family. Visit AnnBrashares.com and… More about Ann Brashares “Readers of the other books won’t be disappointed.” – Booklist, Starred

“The girls are once again wonderfully drawn, with all their realistic faults.” – Publishers Weekly

“The Pants set will bruise their fingertips on this page-turner.” – The Bulletin, Recommended

Q. Girls in Pants: The Third Summer of the Sisterhood takes Bridget, Carmen, Lena, and Tibby through their final summer together before they leave for different colleges. Did writing about this challenging, eye-opening time in the girls’ lives remind you of preparing to leave home for your freshman year? What were some of your expectations for your first year at college?

A. I remember thinking it was a huge deal to go to college. I just knew that my life would never be the same again—that leaving home would effectively divide my life into two parts. And it did. I remember packing my trunk and feeling nostalgic in an almost preemptive way. But then, I’ve always been susceptible to a malady I call over-dread, where you imagine and fear something so exhaustively that the real event, when it arrives, seems relatively easy in comparison. A few of my characters suffer from that same malady, I think.

In leaving home, I relished the opportunity to change everything about myself I ever disliked (quite a list). And yet I also wanted to take my whole self with me. That same incompatibility continues to dog me, as it happens.

Back then, I remember feeling as Carmen does a few times—if you take yourself out of your context of family and hometown and friends, who exactly do you have left?

Q. “Last time they had started at the end. This time they started at the beginning. You couldn’t erase the past. You couldn’t even change it. But sometimes life offered you the opportunity to put it right” (p. 325). Why did you give Bridget the challenge of Eric all overagain, especially in this crucial summer before she leaves her home for a new experience?

A. Bridget is so gifted and so strong, and yet she’s the most fragile of the characters in the Sisterhood. I have yearned to put stable ground under her feet. That process really started in The Second Summer, when she developed her relationship with Greta.

A lot of readers asked me to bring Eric back, and at first I didn’t want to. There is the kind of love that takes and the kind that gives, and you don’t usually find both with the same person. But then I thought about it more and I realized that he offered this great opportunity for her to shore up her past, to demonstrate to herself that she’s grown, that she can be different. The first summer with Eric, she tries to captivate him with this false idea of herself. She ends up feeling frail and used. But it’s not fair to say that Eric used her, precisely. More painful is Bee’s knowledge that she used herself.

In this third book, Bridget presents herself honestly to Eric, both in strength and in weakness. She has to really fight with herself to keep honest, but she does. At the end of the summer, she knows he loves her for who she actually is. On a deep level she knows that’s the kind of love that sustains.

Q. Tibby, Carmen, and Bridget find love in Girls in Pants. Lena is the only one of the four left without a romantic relationship. But Lena was the one who originally had the most trouble believing in love, and letting herself fall for Kostos. Why did you choose to leave her out of a new experience in love?

A. Love-wise, poor Lena has been through the wringer. Because I am supposedly the ruler of their world, I mostly try to arrange love to happen for them when it is right and good. And I think Lena has a way to go before she’s ready to try it again. She’s been too much defined by the people she loves, too much at the margins of her own life. I think she needs to take herself seriously, to take more of a stand for herself, which is largely what she’s up to in this third summer.

Q. Throughout Girls in Pants, the girls seem hesitant about how their relationships with friends and family will change when they’re apart for the year. How did your relationships change when you left home for your first year of college?

A. Inevitably, relationships do change. I’ve held on to some good friends, and a few others have gradually slipped away (I from them or they from me— it is always hard to say). Relationships in close proximity seem to roll along with a certain organic momentum. Relationships at a distance require a bit more prodding. They are more likely to slow and stop, and you need to be ready to restart them. I’m not so great at that.

It’s funny. I’ve always idealized great relationships as a meeting of minds and souls, but as I get older I realize how much it matters that you get to gossip over donuts.

Q. The Sisterhood of the Traveling Pants, your debut novel, became a major motion picture, bringing even more acclaim to your already successful series. How did it feel watching your story unfold on the big screen?

A. It was thrilling and also strange. Watching the movie, I felt connected to it, but I also felt like it was something apart from me and the work I do. It’s fascinating to have a lot of creative minds lend their gifts to a project like that. It gave me insight into the story and characters. It allowed me to see it in different ways.

Writing is solitary, of course. Sometimes you feel like your ideas echo around in your brain, and you wonder if they relate to anything real or meaningful in the world. The quality of the movie, the hard work it represented from the director and the actors and many others, made me feel like I had played a role in something both real and meaningful.

Q. Would you eventually like to see Second Summer, Girls in Pants, and Sisterhood #4 made into movies? Do you think about how a director would interpret your story while you’re writing Sisterhood #4?

A. I had such a good experience watching the adaptation of the first book that I would happily look forward to more. I trust that a movie can absolutely do justice (and more) to a book. At the same time, my books and characters have lives apart from movies. They will go on, unimpeded, whether or not they ever get filmed again. As a writer, I think in terms of books. I leave movies to the experts.

Q. The fourth Sisterhood book is the last you’re planning to write about these characters for now. Are you ambivalent about leaving them? Do you wonder how their lives will turn out, if their dreams will be realized? Would you want to revisit the girls of the Sisterhood as adults at some point?

At the same time, I think it is good for any literary enterprise to have a shape. The shape of this one—beginning, expanding, and ending—is four books. I wouldn’t feel like a real storyteller if I just left it open-ended, following these characters somewhat aimlessly into the future. Granted, life does tend to amble aimlessly. But my business thus far is fiction.

That said, I do intend, at some point, to figure out what happens to these young women. I am too invested in their futures not to care. I think I would like to march ten or twenty years into their lives and see what’s happened. Maybe there will be a novel in that. Maybe not. I sort of hope there will be.

Q. How has your success influenced your writing, or has it? Has the success of Traveling Pants, Second Summer, and Girls in Pants influenced how you’re approaching Sisterhood #4?

A. I love the fact that my books have connected with a lot of people. That is the luckiest and nicest thing, and I appreciate it all the time. If I forget to appreciate it, even briefly, I give myself a little kick to start again. That lovely feeling of connection has made subsequent books harder to start (the pressure) but somehow easier to finish (I imagine a lot of company along the way).

But success is a term I don’t completely absorb. I have this odd idea that success will mean that brownies won’t make you fat and fashion will become natural to you and that jars of spaghetti sauce will open for you without your having to shout for your husband. I think it should mean you don’t doubt and falter and do incredibly stupid things. In that sense, I have not achieved it.

Q. What types of projects would you like to work on in the future? Do you worry about being able to please all your Sisterhood fans with the next book you write?

A. There are so many other things I want to write. One of them is a freestanding novel—a sort of love triangle with lots of romance and tragedy. I’ve been thinking a lot about that one recently. I can’t wait to start it.

And, yes, it is hard to move beyond the characters of the Sisterhood.
But then, I expect those girls to go on to bigger and better things. I ask
the same of myself.