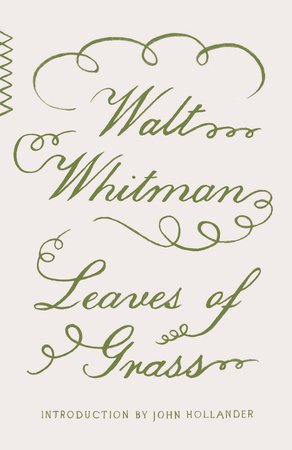 1. Critic and poet Lewis Turco maintains that, contrary to the otherwise nearly universally accepted view, Whitman is not America’s most innovative and important poet. He did nothing new, Turco argues, and "the level of his competence was not very high-he retained his poor ear throughout his life; his poems are too long, too disorganized, too pompous, too repetitious, too boring." Do you agree or disagree with this assessment?

2. Although Leaves of Grass might appear to be an amorphous, unstructured mass (as Turco suggests above), Whitman spent nearly forty years carefully revising it, reordering the poems, deleting poems or sections of poems, and adding new poems and cycles. He insisted that there was an overall unity and structure to the book (and stated that the ninth and final edition, the "Death-bed" edition published in 1892, was the last word on it). Do you perceive an overall unity in the book? Is there a discernible structure to it?

3. Walt Whitman is often called the poet of democracy and of America; one of the best-known and most often quoted poems in Leaves of Grass is "For You O Democracy" in "Calamus." How does Leaves of Grass answer the question of what democracy is and what it means to be an American?

4. In The Good Gray Poet, one of the first biographies of Whitman, William Douglas O’Connor explained in words that Whitman himself acknowledged that one of the primary purposes of Leaves of Grass was to save
sexuality "from the keeping of blackguards and debauchees, to which it has been abandoned"-by which he meant rescue it from libertines, whose dissolute behavior made sex disrespectable to middle-class Victorian sensibilities. One American reviewer of the 1855 edition described Whitman as having "a degrading, beastly sensuality, that is fast rotting the core of all the social virtues" and a British reviewer asked, "Is it possible that the most prudish nation on earth will adopt a poet whose indecencies stink in the nostrils?" How is sexuality represented in Leaves of Grass?

5. There are many recurrent themes, symbols, images, and motifs in Leaves of Grass as a whole, as well as in particular poems and cycles of poems. Consider, for example, the following: a) The use of the star, the lilac, and the bird in "When Lilacs Last in the Dooryard Bloom’d" (What do they symbolize and how do they relate to each other? How do they contribute to the structure of what many critics consider to be one of the finest poems ever written in the English language?); b) The recurrence of the word "mother" or "mothers" (more than one hundred times) in the book; and c) the repeated invocation of odor, fragrance, and perfume throughout the book.

6. The Civil War was a defining event in Walt Whitman’s life, and the poems in "Drum-Taps" are a testimony to the impact the time he spent as a nurse to both Northern and Southern soldiers in the army hospitals of Washington, D.C. had on him. What view of the war is expressed by the narrative persona, and does the perspective of the persona change over the course of the cycle of poems?

7. Discuss the following stylistic aspects of Leaves of Grass: a) lists and catalogues; b) the extensive use of parentheses; c) parallelism (the development of rhythm via a repetition of ideas and sentences rather than through accents and syllables); d) the repetition of sounds and words; and e) punctuation.

Leaves of Grass and Selected Poems and Prose

Tennyson: Poems
Back to Top