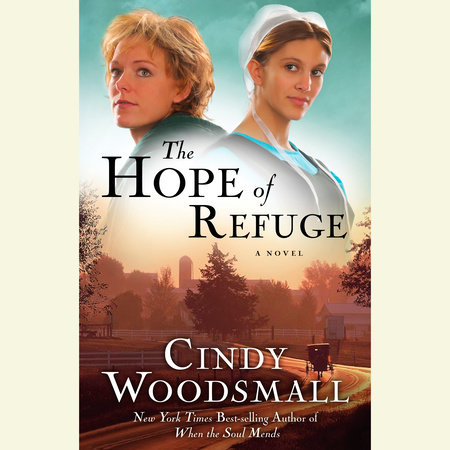 1. As The Hope of Refuge begins, Cara is a child trying to piece together her reality with fragments of newly disclosed secrets from her mother’s past. Her childlike innocence makes it easy for her mother to control what Cara knows and doesn’t know. As a child there are many things that are perplexing, things the adults don’t choose to discuss, but you still have a sense there is a problem. What is something you remember trying to figure out as a child? Is keeping secrets from children helpful to them–or just convenient?


2. Cara is desperate to escape a man who’s been stalking her since her teen years in foster care. Her goal is to protect her daughter and to stay alive so Lori doesn’t succumb to the same trap Cara did, growing up without parents. Do you think Cara’s drastic decisions were justified or did her fears cause her to make poor choices? We all make decisions based on our experiences and understanding of life. How does a person separate their fears of the past with reality in order to make the wisest decision possible?

3. Deborah loves her father deeply, and when he becomes sick, she nearly falls apart. Her fiancé tells her: …there’s a difference between being concerned for someone and taking on all the anxiety of their what-ifs. Finding the balance between truly caring and being snagged by anxiety isn’t easy. What are some of the things you do– or think you should do–to help silence or release anxiety?

4. Ephraim remembers Cara well from their childhood. As an adult, he went to New York in hopes of locating her. But when she finds her way to his community and her presence causes tension in his family, his interest dries up and his compassion wavers. Have you ever wanted to reconnect with someone from your past but were stopped by reservations, circumstances, or the opinions of others? Discuss your decision in that situation and if you believe it was the right one, and why it was or wasn’ t.

5. Even before her mother died and her father abandoned her, Cara had a difficult life. After those losses she was raised in foster care, which led her down a rough path. Normal and acceptable dress and speech for living and working in New York makes Cara look and sound deplorable and offensive in Amish country. Everyone has their own standards/values; some of those values may be etiquette, money, education, family-ties, or religious traditions. Do you find it easy or hard to accept the differences of those who were not raised with your values/standards? Have you found yourself judging people in your community by your standards?

6. When struggling with what to do about Cara, Ephraim believed God asked him to “be Me to her,” but Ephraim found that even harder than he expected. He also began to understand some aspects of God he’d never thought of before. What was Ephraim’s greatest struggle in God’s “be Me to her” request? Can you empathize with his challenges?

7. Mahlon is confused and torn about his life choices, and the only thing he knows for sure is he loves Deborah Mast. Do you think that kind of love might be enough to give him roots? Is that fair to Deborah– or will it hold her back?

8. Through Ephraim’s sacrifices and patience, Cara finally gets her feet under her for the first time in her life. Because of Ephraim’s inner character and faith, she begins to accept that God exists, but she has no faith in Him, only in Ephraim. Is there someone in your life who has no faith in God and you are their only understanding of Him? How do you handle that responsibility? Talk about the parts of life we sometimes place our faith in, inadvertently, instead of God.

9. After making a way for Cara to have every need met, Ephraim leaves, giving her complete freedom to decide who she is and who God is to her. Do you believe his decision was wise? Talk about a time when you gave someone freedom because you felt it was the right thing to do. How do you feel about that experience in hindsight?

11. Cara’s journey leads to some surprising revelations, one part being the knowledge that Ephraim possesses about her family but does not share with her. Could Ephraim have handled this differently? How do you think it would have affected Cara’s decisions —or the climate in the community– if he did?

12. In the novel, each of the characters plays a very different role– the outsider who doesn’t trust connecting with others, the insider who makes a risky choice and must face the consequences, the innocent who are caught in the turbulence of others’ decisions, and the wise support, who often serves as a peacemaker. Which of these roles do you identify most with? Would you prefer a more proactive or reactive role than the one you see yourself in?
Learn More About The Hope of Refuge
print

For Every Season
Cindy Woodsmall

A Season for Tending
Cindy Woodsmall

When the Morning Comes
Cindy Woodsmall

Sisters of the Quilt
Cindy Woodsmall