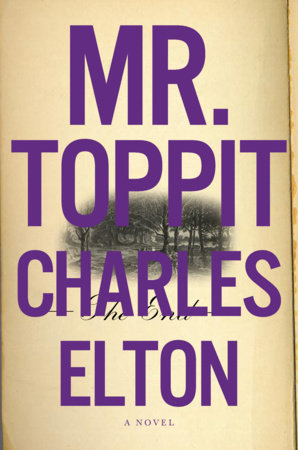 When Arthur Hayman, an unsuccessful screenwriter turned children’s book author, is accidentally hit by a cement truck in London, his dying moments are spent with a passing American tourist, Laurie Clow, who is fated to bring posthumous fame to his obscure series,  The Hayseed Chronicles, and the enigmatic and sinister Mr. Toppit who is at the center of the books. While Arthur doesn’t live to reap the benefits of his books’ success, his legacy falls to his widow, Martha, and their children—the fragile Rachel, and Luke, reluctantly immortalized as the fictional Luke Hayseed, hero of his father’s books. But others want their share of the Hayseed phenomenon, particularly Laurie, who has a mysterious agenda of her own that changes all of their lives as Martha, Rachel, and Luke begin to crumble under the heavy burden of their inheritance.
Spanning several decades, from the heyday of the postwar British film industry to today’s cutthroat world of show business in Los Angeles, Mr. Toppit is a riveting debut novel that captures an extraordinary family and their tragic brush with fame to wonderfully funny and painful effect. 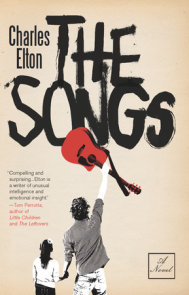 See all books by Charles Elton

Charles Elton worked as a designer and editor in publishing before becoming a literary agent.  Since 1991 he has worked in television and for the past ten years has been the executive producer in drama at ITV. Among his productions are… More about Charles Elton

“Elton’s careful handling of a complex and thickly populated plot bears some resemblance to that of Jonathan Coe, with whom Elton shares a darkly humorous perspective on English life.” —Boston Globe

“Elton’s wry commentary on the business of iconography throws a deftly aimed wrench at the publicity machine that can be found beneath many of our most cherished cultural totems.” —Vogue.com

“Mr. Toppit doesn’t seem to be intended as a cautionary tale…but Elton brilliantly presents the betrayal, the horror, of being used.” —New York Times Book Review

“A cultural satire encompassing a Harry Potter-esque literary empire, a Royal Tenenbaums-style dysfunctional family and an Oprah-type media figure, the book is both funny and sad.”—Newsday

“Told in several voices and all of them are high-pitched, Mr. Toppit is a high-jinks combination of Harry Potter, Lemony Snicket, Madeline, The Secret Garden, The Simpsons and Arrested Development.”—Los Angeles Times

“This debut novel examines the unexpected consequences of literary fame…Elton takes a familiar course—dark familial secrets will out—but distinguishes it with a tender, wry treatment of his characters.”—The New Yorker

“Wonderfully written…It’s a nicely done coming-of-age story with some dark surprises and an entertaining level of tension.” —Bookreporter.com

“In this excellent debut, Elton tells the story of a complicated family stretched to its limits by sudden fame and unexpected acquaintances…Elton skillfully weaves together postwar England and a terrifyingly modern L.A., as well as the hopes and disappointments of frustrated mothers, neglected children, and clandestine lovers. While beautifully written and graced with a unique story line, it is Elton’s characters who drive the novel and give it a depth uncommon in debuts.” —Publishers Weekly, starred review

“This accomplished first novel chronicles the damaging effect of stratospheric fame on the lives of those who inherit it. Harry Potter enthusiasts will especially be drawn to it.”—Library Journal

“Mr. Toppit is a darkly comic, thoroughly engaging narrative about a successful writer and the complicated legacy he leaves to his wife and children, and to the world at large. Charles Elton’s witty and unsettling debut novel explores the emotional turmoil that results when a family’s private history gets transformed into public myth.” —Tom Perrotta, author of Little Children and The Abstinence Teacher

“This is a brilliant novel—very funny, very sad and wickedly clever. I wish I had written it.” —Zoë Heller, The Believers

“Dark, hilarious and cruelly honest, Mr. Toppit exposes some uncomfortable truths about the English and American mindsets, and the effect of celebrity on private lives. A truly smashing debut novel.” —Christopher Fowler, author of the Bryant & May books

“One hot mess of a family romance….An engrossing, moving, and perceptive read.” —The Times (UK)

“Mr. Toppit is part Royal Tenenbaums-style saga of a dysfunctional family…part coming-of-age tale…and part satire on the iniquities of celebrity and hype.” —The Observer

“A chillingly mingled hit of love, need, and dread.” —The Independent

“This is an extraordinary debut, not only for its confident storytelling but for its nerdish familiarity with such an eclectic range of subjects.” —Sunday Times