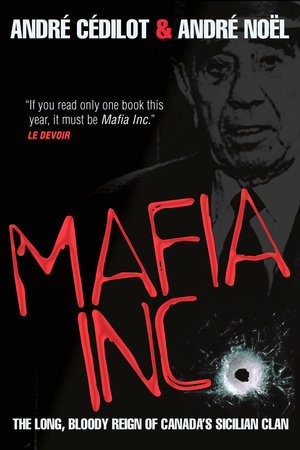 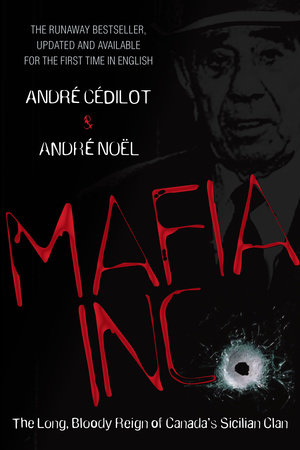 Updated and available for the first time in English, Mafia Inc. reveals how the Rizzuto clan built their Canadian empire through force and corruption, alliances and compromises, and turned it into one of the most powerful criminal organizations in North America. Relying on extensive court documents, police sources and sources in the family’s home village in Sicily, Montréal journalists André Cédilot and André Noël reconstruct the history of the Rizzuto clan, and expose how its business extends throughout Canada and the world, shaping the criminal underworld, influencing politicians and bending the will of business leaders to their own self-satisfying ends.

The runaway bestselling exposé about Canada’s most infamous mafia family is finally available in English, updated to include shocking events and revelations that followed its newsmaking publication in Québec.

Queens, New York, 1981. When Alphonse “Sonny Red” Indelicato and two others are found dead in a vacant lot, police fail to solve their murders. For their killer and his Montréal family, their deaths mark the beginning of an epic rise to criminal power that will last over thirty years. But in the mid-2000s, having escaped justice for decades, father and son Nicolo and Vito Rizzuto are finally arrested and convicted, one in Montréal and one in the United States. Meanwhile, deep inside the heart of their family, struck hard by a series of carefully plotted executions, the epic continues.

Updated and available for the first time in English, Mafia Inc.–a major bestseller even before the 2010 assassination of Nicolo Rizzuto–reveals how the Rizzuto clan built their Canadian empire through force and corruption, alliances and compromises, and turned it into one of the most powerful criminal organizations in North America. Relying on extensive court documents, police sources and sources in the family’s home village in Sicily, Montréal journalists André Cédilot and André Noël reconstruct the history of the Rizzuto clan, and expose how its business extends throughout Canada and the world, shaping the criminal underworld, influencing politicians and bending the will of business leaders to their own self-satisfying ends.

“An inside look at the Montréal Mafia’s power, influence and dysfunction.”
—Mirror (Montreal)

“If you read only one book this year, it must be Mafia Inc…. Reads like a thriller.”
—Le Devoir

“An exhaustive and compelling read…. The genius of Mafia Inc. is its all-important connections between organized crime, legitimate business and government.”
—Maclean’s

Police documents show that a retired French lawyer and a criminal with a specialty in international fraud met with the presumed head of the Montreal Mafia early in March 1994. An RCMP report notes that the lawyer felt ill at ease “because of the people involved.” The three men met at Vito Rizzuto’s home on Antoine-Berthelet Avenue and at Bongusto, a restaurant in Montreal’s Little Italy neighbourhood.

The following month, “Pierre Morais,” the RCMP officer posing as manager of the CIMM, reported that Joe Lagana had told him that Vito Rizzuto had already spent $1.5 million. Another thread picked up by police during surveillance as part of Operation Compote led to one of the most improbable tales ever to involve the Montreal Mafia: the Rizzutos had, apparently, been tasked with the mission of recovering a fortune in gold bullion stashed in Swiss bank safes by the deposed—and by then deceased—Philippine dictator, Ferdinand Marcos.

Marcos and his wife, Imelda, were driven out of Manila’s Malacañang Palace in 1986, their regime brought down by a popular revolt, and sought refuge in Hawaii. Imelda was famously forced to leave behind some 2,500 pairs of shoes, 1,000 handbags, 500 gowns and 15 mink coats. The new government set about trying to recover part of the estimated five billion dollars that the couple had plundered from the country’s citizens during their two-decades-long dictatorial reign. After her husband’s death in 1989, Imelda Marcos was allowed to return from exile in 1991, and she ran in the presidential election a year later. At that time she was forced to answer the question on every Filipino’s lips: How had she amassed her fortune?

She announced at a news conference that her husband had found part of a fabled treasure, “Yamashita’s Gold,” in the Philippine jungle when he was a guerrilla fighting invading Japanese forces during the Second World War. A long-standing legend has it that General Tomoyuki Yamashita, who governed the Philippines after his forces captured the country in late 1941 and early 1942, had hidden tonnes of gold looted during his Southeast Asian campaign in various jungle caches all over the archipelago. Imelda explained that her valiant husband had given some gold ingots to his men but had kept some for himself, eventually socking it away in Switzerland. “It’s become something like an urban legend–type story,” Rico José, a professor at the University of the Philippines and an authority on the Japanese occupation, said in 2005, when asked to comment on this story straight out of an Indiana Jones movie. Former Philippine Solicitor General Francisco Chavez has been even more trenchant, saying, “The myth of the Yamashita treasure is only being utilized to explain away a clear case of graft and corruption.”

True, there has never been any credible proof that Yamashita’s Gold ever existed. There is, however, ample evidence that the strongman ruler and his footwear-addicted wife helped themselves to billions of dollars during their twenty years in power, siphoning funds from the state coffers, pocketing gargantuan bribes and misappropriating subsidies from the World Bank and the International Monetary Fund. It was thus entirely plausible that the Marcoses could have stolen gold bars from the Central Bank of the Philippines and stored them in offshore banks. At 4:35 p.m. on August 6, 1993, the RCMP intercepted a three-page fax demonstrating that Vito Rizzuto and his associates, Joe Lagana and a certain Hummy Shumai, had been asked to recover the gold bullion.