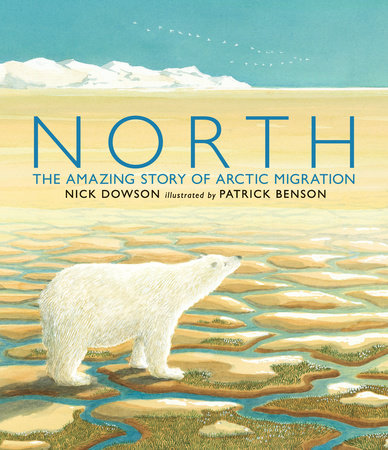 The Amazing Story of Arctic Migration

“A treat for middle-graders of an ecological bent.” — Bulletin of the Center for Children’s Books (starred review)

At the top of our world is a huge wild place called the Arctic. In the winter, it is a cold and barren land, where few animals can survive. But when spring comes, it attracts animals from every corner of the earth. This lushly illustrated picture book celebrates the resilient wildlife and barren, beautiful landscapes of the Arctic Circle, tracing the awe-inspiring spring migration of millions of creatures to the Arctic and reminding the reader of the hardships and harmony of life in the wild.
Back matter includes additional information about the arctic, a glossary, and an index. 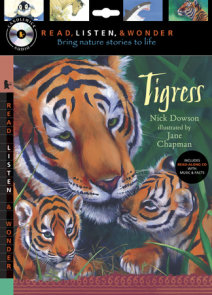 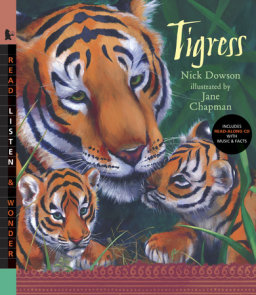 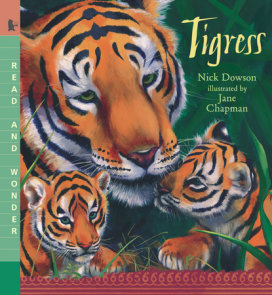 See all books by Nick Dowson

This striking account of arctic migration offers a northerly, book-bound counterpart to “March of the Penguins.” Dowson’s descriptions are both simple and poetic, as polar bears, gray whales, jaegers, snow geese and pregnant caribou make their way from points south toward the North Pole in Benson’s sumptuous, shimmery paintings. Appropriately oversize considering its vast majesty, this book will inspire in young readers an equally outsize sense of wonder.
—The New York Times

Simple but effective, this is a beautiful introduction to a remarkable region that should encourage any child’s sense of wonder.
—Kirkus Reviews (starred review)

Dowson’s poetic text and Benson’s impressionistic watercolors introduce seasonal changes as well as various birds, mammals, and even fish that undertake the long migration. The spare text and expansive views provide an inviting sense of the terrain and the journeys endured by the animals…an attractive entry in the growing number of nonfiction poetry picture books, offering rich read-aloud and browsing opportunities.
—School Library Journal (starred review)

The text has an appealing delicacy, with a touch of lyricism… Benson’s detailed illustrations in watercolor, pencil, and pen move easily from subtlety to grandeur; while the draftsmanship is softly realistic, the imagination behind them brings the natural world to vivid life.
—Bulletin of the Center for Children’s Books (starred review)

Dowson combines sound knowledge of his subjects with thoughtful lyricism; Benson’s lovely spreads, a mix of panels and full-bleed spreads, are a testament to the wonder of the migratory instinct.
—Publishers Weekly

Benson’s luminous watercolor with pen and pencil illustrations, spread out beautifully over the oversized pages, capture the harsh conditions of the icy Arctic winters, the fleeting verdancy of the tundra in mid-summer, and the graceful movements of the migrating groups as they pass through lower latitude forests, oceans, and skies. Particularly powerful are the contrasts between the illustrations of polar bears alone in the vast open spaces of early spring and those showing the teeming life and activity in high season.
—Horn Book

Award winning illustrator Patrick Benson captures the beautiful landscapes and the harsh environment these great animals endure as they migrate. This book will certainly take you on what the author states as, "The greatest journey on earth!"
—Library Media Connection

Dowson invites 7- to 12-year-olds to wonder at the desolate splendor of the northern realms and to marvel at the mystery of migration that draws millions of creatures there from across the globe every summer… Benson depicts these creatures, and the Arctic’s spare beauty, with dramatic illustrations in pen, pencil and watercolor that brim with beautiful blues, browns, grays and pale yellows.
—Wall Street Journal

The lovely spreads both below and above water evoke the alternately lush and stark beauty of the Arctic.
—Natural History Magazine