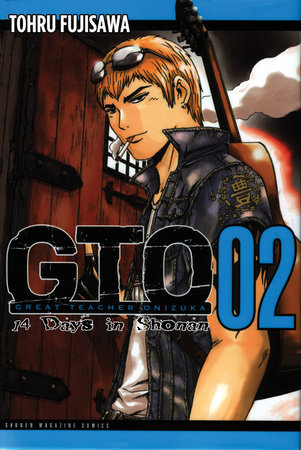 Eikichi Onizuka, former biker turned great teacher, is back home in the Tokyo suburbs for a well deserved break (…and to escape possible discipline from his employers at the Tokyo Kissho Academy). But once he arrives, he quickly finds himself assisting a new child protection home as they try to guide troubled teens back to the path of happiness. Unfortunately for the GTO, he has run into a buzzsaw in the form of Miki Katsuragi. Miki is determined to rid her home, the White Swan, of nosy know-nothing adults, and has the financial and political capital to not only have the teacher reconsider his lesson-plan but probably send off the straight and narrow entirely.

Then again, who said Onizuka was ever on that path to begin with…The Oni-Baku rides again and manga will be all the better for it. 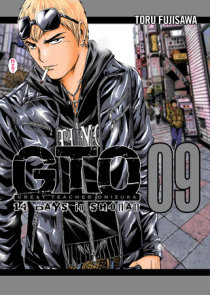 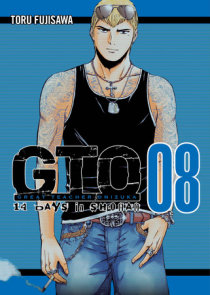 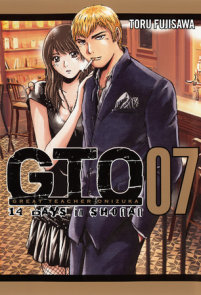 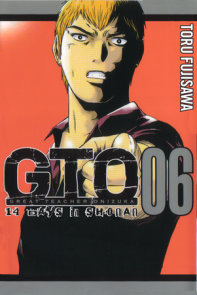 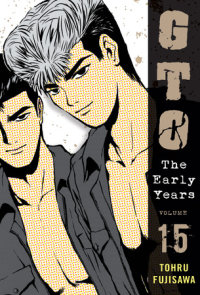 “If I had to boil it down to a high concept, I’d probably say that GTO is about believing in yourself enough to have a good time in life. Fujisawa does a pretty good job balancing the more saccharine elements of the series with the knock-down, drag-out, somewhat perverted jokes. It’s clearly a comedy, but when it takes a turn into drama, it doesn’t feel unnatural. 14 Days in Shonan looks like one of those series that can be brutally funny when it wants to be…I’ve got high hopes.”
—Comics Alliance

“Cracking open Vertical Inc.’s release of GTO: 14 Days in Shonan brought back a lot of manga memories. A lot of the comedy comes not from what’s going on around or happening to Onizuka, but how he reacts to it all… Established fans will definitely get more out of it, but there’s enough fun here to ‘open the doors of all hearts,’ as Onizuka himself would put it.”
—Otaku USA Magazine

“While I’ve largely fallen out of manga for a number of reasons, there are certain things that will always draw me back. Discovering that the man behind Great Teacher Onizuka decided to do another series focusing on the character is definitely one of them… The opening volume makes things well connected to the original and adjusts to the new situation with ease in a way that doesn’t detract or impact what has come before… This is a ride I am completely enthused about.”
—Fandom Post

“I thought I was done with Great Teacher Onizuka. All throughout college, I plowed my way through the series… All was well and good, until just the other day, when Vertical dropped the first volume of Great Teacher Onizuka: 14 Days in Shonan in my mailbox… Suffice to say, the first chapter grabbed me almost immediately. It was the same Great Teacher Onizuka humor I remember, and most importantly, I reacted the same to it as I had when I was stuck in my college dorm on those long Syracuse winter nights.”
—Japanator

“As a character explicitly points out, it’s painfully evident that parental selfishness has given [these teens] severe reason to distrust adults and that they’re not about to give Onizuka a second chance if he lets them down. As a result, the manga is dealing with the same Onizuka, but watching him walk a much narrower tight rope… It’s intriguing to consider how the manga might react to the new twist in its careful balance act and how 14 Days might consequently develop in subtly different ways than the original.”
—Ain’t it Cool News

“I have never read a GTO comic before this, so the prospect of reading what amounts to a spin-off was a bit intimidating. Luckily the premise is pretty simple… I liken this book to Columbo. Anyone who has ever watched a Columbo episode knows that Columbo is going to solve the case. The real pleasure comes from seeing how the bumbling detective puts it all together… The figures are strong and confident, and the backgrounds are stunning.”
—Stumptown Trade Review

“If one were to travel into the universe of GTO: 14 Days in Shonan and look up Badass on Wikipedia, I would find the article deficient if a picture of Eikichi Onizuka didn’t appear as the illustration of choice on that page… I walked into GTO:14DiS with admittedly hazy memories of the original story—no plot specifics, just a general understanding of the overall storyline. It took only a few pages to get everything straight.”
—Genji Press