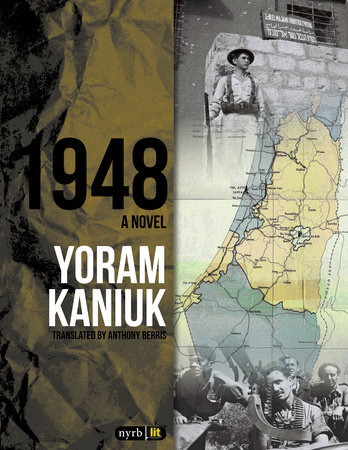 Sixty years after fighting in Israel’s War of Independence, Yoram Kaniuk tries to remember what exactly did—and did not—happen in his time as a teenage soldier in the Palmach. The result is a touchingly poignant and hauntingly beautiful memoir that the author himself considers a work of fiction, for what is memory but one’s own story about the past?

Eschewing self-righteousness in favor of self-criticism, Kaniuk’s book, winner of the 2010 Sapir Prize for Literature, is the tale of a younger man told by his older, wiser self—the self who realizes that wars are pointless, and that he and his friends, young men from good homes forming an offbeat band of brothers, were senseless to see glory in the prospect of dying young. But it is also a painful, shocking, and tragically relevant homage to the importance of bearing witness to the follies of the past, even—or especially—when they are one’s own.

“Wondrous, trenchant, disturbing. An excellent book. The unimpeded movement within the span of memory is daring and direct, subverts convention and shifts between dramatic power and lyrical refinement.” — The Sapir Prize Committee

“1948 is a very fine book, outspoken and honest, without any personal or literary pretense. The years which have passed since 1948, between the bitter time when Kaniuk fought in the War of Independence and when his memories became a book, remind me of heavy rains which fall to earth, that gather, permeate, and filter through great layers of time and earth, waiting in darkness until they spurt into the light.” — Meir Shalev, Yedioth Ahronoth

“1948 is the best book I’ve read in the past year. Kaniuk has used his writer’s pen to create one of the most important stories about Israel’s War of Independence… His voice is blunt, clear, loving and anguished.” — Motti Golani, Haaretz

“An experimentalist fond of the southerly wind of the long and longing sentence, he has rightly been compared with Borges and Marquez as much as with James Joyce.” —Joshua Cohen, The Jewish Daily Foreward

“One of the masters of contemporary fiction [because of] his inordinate technical skill, fecundity of incident and character, and overall intensity.” —Chicago Tribune

“If the prophets of the Old Testament had read Joyce, Kafka, Márquez, Conrad and Gershom Scholem, listened to American jazz, seen Broadway musicals and heard Lenny Bruce, they might have sounded something like Kaniuk.” —Nicole Krauss, Time

“Of the novelists I have discovered in translation…the three for whom I have the greatest admiration are Gabriel García Márquez, Peter Handke, and Yoram Kaniuk.” —Susan Sontag

“A writer of remarkable gifts…highly original and richly complicated.” —The New York Review of Books