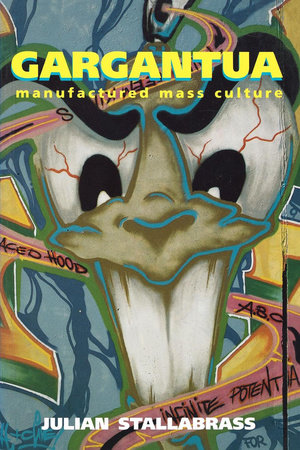 Rabelais’s tale the giant prince Gargantua is a vast and inescapable cluster of qualities and activities; his violence, greed and incontinence are incomparable. In the old giant’s size, ubiquity, gluttony, vast knowledge and warlike nature, we can recognize qualities of our contemporary culture.

In this brilliant polemic on our visual mass culture, Stallabrass argues that culture’s status as a commodity is the most important thing about it, affecting its form, its relation to the viewer and its ideology. The great diversity of choice masks the extent to which this choice is managed by an ever-shrinking number of powerful owners. Stallabrass shows how the consistent and unifying capitalist ideology of mass culture leads to an increasingly homogeneous identity among its consumers. Even in marginal and radical cultural activities, like graffiti writing, can be found the tyranny of the brand name and the reduction of the individual to a cipher.

Starting with an analysis of subjects which concern specific groups—amateur photography, computer games and cyberspace—Stallabrass works out to wider aspects of the culture which affect everybody, including cars, shopping and television.

Gargantua raises profound questions about the nature and direction of mass culture. It also raises a challenge to the postmodern theorists’ adherence to subjectivity, indeterminacy and political indifference. If manufactured subjectivities are always shot through with the objective, then their plurality may not be merely a colourful but meaningless postmodern smorgasbord, but rather the accurate reflection of our current cultural situation, and a map showing paths beyond it. 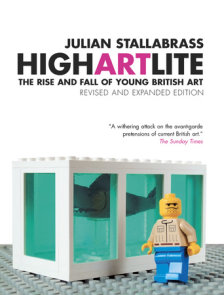 See all books by Julian Stallabrass