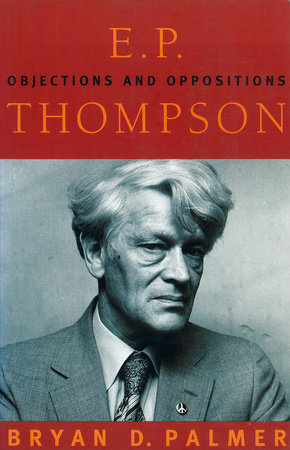 Edward Thompson, perhaps the greatest post-war historian in the English-speaking world, died in 1993. In this readable and unabashedly appreciative survey of Thompson’s histories and politics, Byran D. Palmer reviews include a passionate biographical account of the late-nineteenth-century Romantic William Morris, the hugely acclaimed The Making of the English Working Class, and a series of eighteenth-century studies that reach from customary culture to the antinomian poetics of William Blake.

In reviewing the politics which gave shape to his historical work, Palmer assesses the role of Thompson’s family background in India, his youth in the Communist Party, his decisive break with Stalinism in 1956, and his subsequent work campaigning for the causes of the left and nuclear disarmament. Thompson was never comfortable in an academic milieu, and eventually left formal teaching in the 1970s to devote his time to research and writing. His pen was always ready to bend against the powers of the state, and against a left he too often saw as abandoning the cause of social transformation.

For readers who know Thompson’s work, Palmer’s discussion of hitherto unstudied aspects of his life will be novel and illuminating; those less familiar with his prodigious achievement will find these pages a useful introduction.