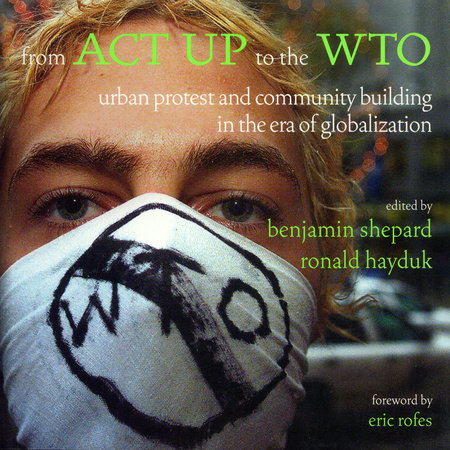 From ACT UP to the WTO

Urban Protest and Community Building in the Era of Globalization

About From ACT UP to the WTO

In March 1987 a radical coalition of queer activists converged on Wall Street—their target, ‘Business, Big Business, Business as Usual!!!’ It was ACT UP’s first demonstration. In November 1999 a radical coalition of environmental, labor, anarchist, queer, and human rights activists converged in Seattle—their target was similar, a system of global capitalism. Between 1987 and 1999 a new project in activism had emerged unshackled from past ghosts. Through innovative use of civil rights’ era non-violent disobedience, guerrilla theatre, and sophisticated media work, ACT UP has helped transform the world of activism.

This anthology offers a history of ACT UP for a new generation of activists and students. It is divided into five sections which address the new social movements, the use of street theater to reclaim public space, queer and sexual politics, new media/electronic civil disobedience, and race and community building. Contributions range across a diverse spectrum: The Northwest Bronx Community and Clergy Coalition, Jubilee 2000, Students for an Undemocratic Society, Fed Up Queers, Gender Identity Center of Colorado, Triangle Foundation, Jacks of Color, National Coalition for Sexual Freedom, Lower East Side Collective, Community Labor Coalition, Church of Stop-Shopping, Indy Media Collective, Black Radical Congress, The Theater of the Oppressed Laboratory, Adelante Street Theater; HealthGAP, Housing Works, SexPanic! and, of course, ACT UP itself.

“A course for activists of the twenty-first century requires a new literature capturing narratives of a new activism currently igniting our nation. This is the text for that course.”—Eric Rofes

“Shepard and Hayduk’s book shows where the first ‘movement’ of the twenty-first century is coming from.”—Marshall Berman

“How often do progressives get such a powerful snapshot of history in the making, told from our point of view? Benjamin Shepard and Ronald Hayduk have done a masterful job of compiling essays that paint a comprehensive and diverse picture of modern activism. A wide range of issues and the people who confront them, their agendas and strategies, are included here, and make a compelling read. This is a brave and important book that is sure to raise consciousness, cement coalitions, and incite righteous anger. It also gave me some hope that change is possible, if only enough of us will insist on equality, peace, and justice.”—Patrick Califia

Looking for More Great Reads?
21 Books You’ve Been Meaning to Read
Download Hi Res
From ACT UP to the WTO

From ACT UP to the WTO