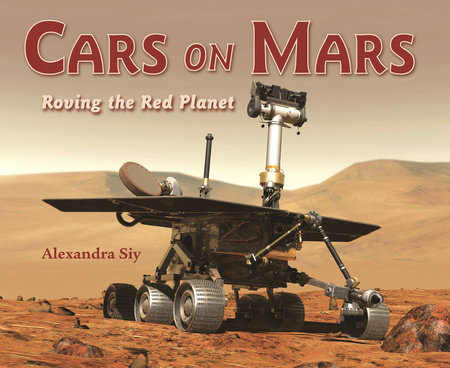 About Cars on Mars

In CARS ON MARS readers can follow the course of NASA’s Mars Exploration Rover (MER) mission as twin rovers Spirit and Opportunity explore the Red Planet. Learn how scientists determined that there was once water on Mars and how the Earthbound NASA team resolved problems with the rovers from afar in order to prolong the mission, which continues today.

The author provides insight into scientists’ quest to discover whether life may have or still might exist on Mars. Back matter includes glossary, source notes, and resources. 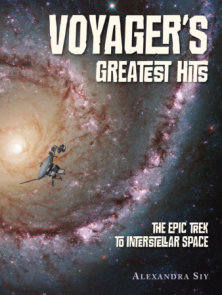 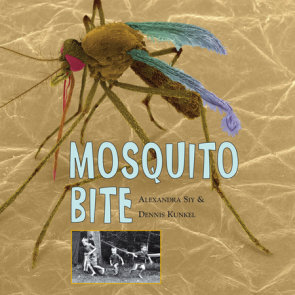 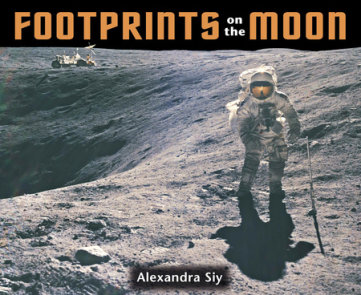 See all books by Alexandra Siy

♦ Dubbed Spirit and Opportunity in a naming contest won by a nine-year-old, the two golf-cart-sized rovers sent to Mars in 2003 were designed to last for three months. Battered but game, they’re still inching along all these years later. Here Siy not only pays affectionate tribute to their longevity-titling her final chapter “Shake off the dust, recharge at the rest area, and continue indefinitely”-but also describes and explains in exact detail their most stirring discovery: strong evidence that water once “drenched, dribbled, dripped, doused, trickled, gushed, and poured” on the Martian surface. An array of large illustrations includes a labeled diagram that identifies all of the rovers’ scientific gear, plus color photos, photo composites, and (carefully identified) artists’ conceptions of Martian vistas, craters, rocks, and even microscopic features. Closing with plenty of useful end matter and a full-page planetary portrait, this title will sweep readers up in an exploratory misson that has come closer than any other so far to finding sure signs of extraterrestrial life.
—School Library Journal, starred review


♦ In 2004, two unusual robots landed on Mars: Spirit and Opportunity. Controlled by scientists at NASA, the golf-cart sized, remote-controlled rovers roll slowly across the planet’s terrain, collect and analyze geological samples, and transfer data (including pictures) back to earth. Although the rovers were designed to last for 90 days, they continue to work more than five years later. In this well-designed book, Siy provides a clearly written overview of the rovers’ explorations on Mars. The inclusion of many quotes from astronomer Steve Squyres, “principal investigator” for the Mars rover mission, offers a scientist’s point of view on day-to-day challenges and rewards of the project, which succeeded in finding traces of water in the planet’s geological record. The book’s fine paper quality allows for excellent reproduction of the well-captioned illustrations: photos taken on earth, color and black-and-white images from Mars, artistic conceptions of space scenes, as well as a clearly labeled diagram of a Mars rover. Appendixes include a bibliography, a glossary, a brief source note, and a page of additional information with pointers to related Web sites, including one that tracks the current status of Spirit and Opportunity. Handsome and informative.
—Booklist, starred review


Originally expected to last only 90 days, Mars rovers Spirit and Opportunity have been exploring the geology of the Red Planet since they arrived in 2004. The information they send home includes striking panoramic and close-up images of the Martian landscape, the heart of this intriguing account. Organized as a series of instructions to the robot cars, the text follows their progress from an idea in the mind of geologist Steve Squyres, through launches and landings on opposite sides of the planet, to their subsequent stops and starts. Diagrams, composite images and pictures of work Earthside complement the rovers’ beautifully reproduced photographs. Presented chronologically, their story is told in a conversational tone, with familiar food comparisons (the Victoria crater’s layers are likened to a 15-scoop ice-cream cone). Still readers may feel overwhelmed by the amount of information and be confused by which rover is where doing what. A series of maps would have helped. Siy’s enthusiasm is evident and she includes extensive suggestions for continued exploration of this exciting, ongoing project.
—Kirkus Reviews