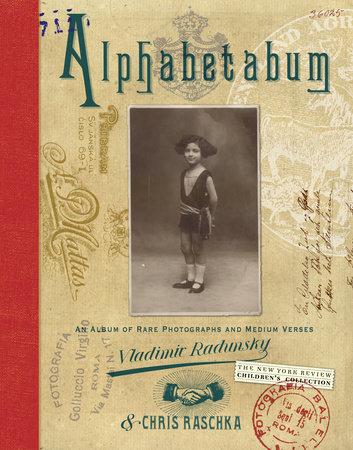 An Album of Rare Photographs and Medium Verses

By Vladimir Radunsky and Chris Raschka

By Vladimir Radunsky and Chris Raschka

An ALPHABET book?
An ALBUM of old photos?
We named it ALPHABETABUM.

Here celebrated artists and authors Vladimir Radunsky and Chris Raschka put a delightful new old-fashioned spin on the alphabet book. Radunsky has selected portraits of children from his spectacular collection of antique black and-white photographs. Raschka has given the children names and written deliciously teasing rhymes about them.

The result is ALPHABETABUM, a book of letters and pictures to which readers will happily return again and again both to look and to learn. 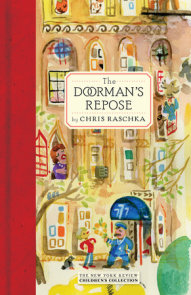 See all books by Chris Raschka

“With it’s dark red and sepia tones, the punningly titled Alphabetabum evokes a lost world of European composition books, exotic passports, vintage photo albums and old-school primers. It addresses children and nostalgic adult readers alike, with a rhyming verse for each letter accompanied by a 19th- or early-20th-century studio photo or carte de visite…In Alphabetabum, the rhymes infuse the letters with affect, reminding us of that other use we make of the alphabet: bringing order to random accumulations—such as old photos of strangers—that can elicit hard-to-define emotions. (One hopes that someone will claim some of these children as ancestors!)” —The New York Times Book Review

“This ingenious way to help little ones learn their ABCs uses the hook of vintage photos collected over decades from flea markets around the world. Little Lucian Leroy, a tiny fellow in a tall tophat and tails, likes licorice and lollipops. Baby Beulah Bridget balances a big bow on the top of her noggin. Even kids who don’t understand all the words and concepts will enjoy hearing the alliteration spoken aloud and marvel at the get-ups from days of yore.” —Working Mother

“Raschka and Radunsky have collaborated to create an ingenious alphabet book with a hook: it’s illustrated with antique photos of children from around the world…The photos, which come from Radunsky’s private collection, are wonderfully evocative, inviting viewers to imagine the real lives of those depicted. The book is, thus, not only an opportunity to learn one’s ABCs but also to indulge in an exercise in imagination. No small feat!” —Booklist

“[A]n irresistible curiosity. It stands out from the crowd. As soon as you see its sepia cover photograph of a child…. you want to know more….It is charming.” —The Observer, (UK) A Best Picture Book for Children for Christmas, 2014

“The antique photos of children accompanying each letter are a mirror into history and just examining the dress and expressions is fascinating.  Add to that Raschka’s quirky verse, and you have a picture book that looks like an object from another time and is appealing to all ages.” —Seira Wilson, Omnivoracious