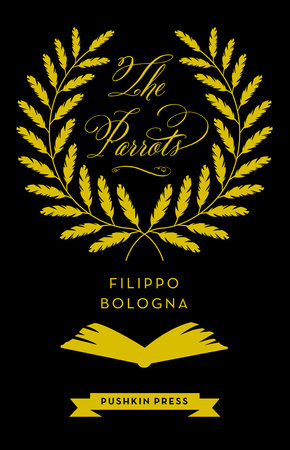 Three men are preparing to do battle. Their goal is a prestigious literary prize. And each man will do anything to win it. For the young Beginner, loved by critics more than readers, it means fame. For The Master, old, exhausted, preoccupied with his prostate, it means money. And for The Writer—successful, vain and in his prime—it is a matter of life and death. As the rivals lie, cheat and plot their way to victory, their paths crossing with ex-wives, angry girlfriends, preening publishers and a strange black parrot, the day of the Prize Ceremony takes on a far darker significance than they could have imagined. 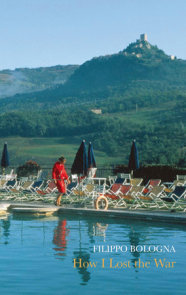 See all books by Filippo Bologna

“This very funny satire about the stuffy little world of literature could be set anywhere… It’s a hoot, written with a shrewd eye for the absurdity of certain literary egos.” - The Times

“A five-star satire on literary vanity … A wonderful, surprising novel with a rich payload of emotion behind the caricature.” - Metro

“[Bologna’s] smart new novel … [has a] smooth, knowing narrator … shrewd and precise, often comic, with a cool eye for the truth of these characters’, Daniel Hahn, Independent

“A satire of Swiftian rancour… the parrots of the title act as apt metaphors for the endless churn of appropriation and pastiche that passes for literary originality… Bologna has a gift, preserved in Howard Curtis’s crisp translation, for the comically jolting simile.” – Nat Segnit, TLS

“A scathing satire about the murky world of Italy’s prestigious literary awards… Bologna paints a comically grim picture of a culture of back-stabbing and deceit.” - Financial Times