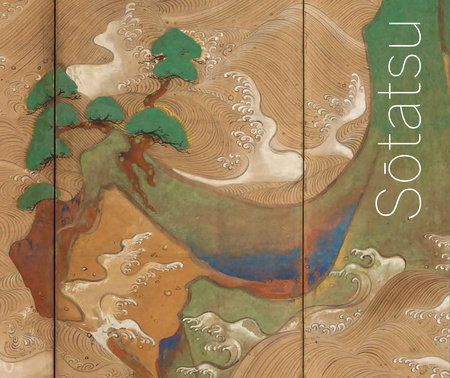 Tawaraya Sōtatsu was a commoner who introduced traditional Japanese themes and subjects, formerly the sole purview of the aristocracy, to broader audiences. He painted these nationalistic images using a bold, expressive new design style. This characteristic style was further developed and enhanced when he founded the historic Rinpa school with calligrapher Hon’ami Kōetsu; Rinpa works are marked by dramatic, stylized renderings of traditional Japanese themes. Essays by leading scholars from the United States and Japan focus on Sōtatsu’s well-known works; his collaboration with Kōetsu; his varied roles as shopkeeper, compiler, and court painter; and his influence over other artists, including Ogata Kōrin, Ogata Kenzan, Sakai Hōitsu, and Suzuki Kiitsu. The book also examines Freer Gallery of Art founder Charles Lang Freer’s role in introducing Sōtatsu and Kōetsu to the Western world. Sōtatsu is a must-have book for museumgoers, Japanophiles, art lovers, and scholars.

CHOICE
This splendid book is the catalogue of the exhibition Sotatsu: Making Waves, on view at the Sackler Museum of Art in Washington, D.C. (through January 31, 2016).  The editors, Lippit and Ulak, have chosen an impressive group of specialists for the included essays (Furuta Ryo, Nakamachi Keiko, Noguchi Takeshi, Okudaira Shunroku, and Ota Aya), which focus on Sotatsu’s career: his beginnings as a painter of fans, his relationship with the calligrapher Koetsu (which produced breathtakingly beautiful scrolls), the origins of the artist’s seal grass and flower paintings, and the iconography of the dynamic, large-scale screens that characterize his major work for illustrious Edo patrons.  A final chapter focuses on the artist’s influence in the 20th century.  The magnificent screen Waves at Matsushima, painted early in 1600 and acquired in 1906 by Charles Lang Freer, is one of the highlights of the exhibition.  The catalogue, with four double fold-out pages of the large-scale screens, rich with color and meticulously documented, is the state-of-the-art research on Sotatsu.  With an exhaustive bibliography and an invaluable glossary, this book is essential for scholars, students, and connoisseurs of Japanese art.